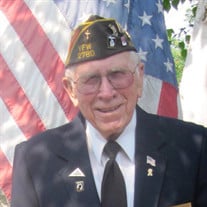 Kenneth Neil Thomas, 86, passed away peacefully November 1, 2016, after a long battle with several ailments, surrounded by family. He was born August 24, 1930 to the late Luis and Helen (Pelkey) in East Detroit, Michigan. Survivors include his wife and best friend of 62 years, Ingeborg, son Tim (Lori) of Rolling Hills Estates, California, Brian (Roy) of Traverse City, Michigan, Jay (Louise) of Wallace, Michigan, special daughter -in-law Sharon (Ken) Foster of Lake Leelanau, Michigan. His pride and joy was not only his three boys but also his grandchildren; Andrew (Jenelle), Rachel (Peter), Chelsea, Hayley, Ryan, and Erik, and great grandchildren; Clyde, Irene, and Fritz, numerous nieces and nephews, additionally, special friends Scott and Sandy Little. Ken is preceded in death by both his parents as well as his sister Catherine Keras. Ken graduated from Cooley High School in 1948, and began work for Nabisco as a salesman. He was drafted into the Army in 1951 and spent 2 years in Germany and France. In 1954 he married Ingeborg Aittama at Bethlehem Lutheran Church in Detroit. While living in Dearborn Heights, he was cub master at Wallaceville School, and member of the Jaycees serving as President when Dearborn Heights became a city in 1963. In 1973 he relocated the Family to Traverse City. He was awarded the 1979 Nabisco blue ring district award, and retired in 1988 after 40 loyal years. Ken was very active in the Trojan High School hockey booster club, and was “Voice of the Trojans” game Emcee, and hosted the first Manilla Invitational party at his home. He was a member of the AML, a life member of VFW post 2780, a member of the Honor Guard for 21 years, and served as Chaplain for 9 years paying his final respects to hundreds of his fallen comrades. In 1973 he became a member of the Bethlehem Lutheran Church serving on the church council for 2 years. He participated in the 1st International team entry in the National Cherry Festival milk carton boat regatta. He helped re-activate Boy Scout Troop 32 at Asbury Methodist Church, and served on the board. He assisted in establishing Boy Scout Troop 91 at Sabin School with Richard “Dick” Scott. A special thank you on behalf of the family to the entire staff at the Boardman Lake Glens and the Hospice of Michigan for making our husband and dads time comfortable, safe and happy. If you are choosing to show your condolences with a memorial contribution, Ken requests you consider the Bethlehem Lutheran Church or the VFW 2780. The family is planning a memorial service to honor Ken’s life in December. Please visit www.reynolds-jonkoff.com to share a memory with the family and to receive details about upcoming service times. The family is being cared for by the Reynolds-Jonkhoff Funeral Home.

Kenneth Neil Thomas, 86, passed away peacefully November 1, 2016, after a long battle with several ailments, surrounded by family. He was born August 24, 1930 to the late Luis and Helen (Pelkey) in East Detroit, Michigan. Survivors include... View Obituary & Service Information

The family of Kenneth Neil Thomas created this Life Tributes page to make it easy to share your memories.