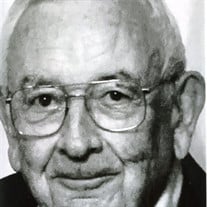 Kent Brownlee Kelly passed away peacefully at French Manor South in Traverse City, on December 23, 2020, with family at his bedside. Kent was born in 1932 in Milwaukee, WI, to Frank and Ruth Kelly. He is preceded in death by his parents, his brother Gordon and sister Jean. Kent grew up in Wauwatosa, WI, where he first met his future wife, Carol, in high school, but did not begin dating until they were in undergrad at the University of Wisconsin. Kent’s devotion to his wife of 64 years would be evident in everything he did. After earning a Master’s Degree in Mechanical Engineering at the University of Wisconsin, Kent and Carol moved to Arlington, Virginia, where he served as a 2nd Lieutenant in the US Air Force, at the National Security Agency for two years. The young couple then moved to Rochester, Michigan, where Kent blazed a career at General Motors from 1957 – 1997, while he and Carol raised a family of four children. He began in Design Staff, where he became interested in the impact of aerodynamics on automotive design and fuel efficiency. He joined Engineering Staff in 1966, where he worked in advanced vehicle concept projects. The most difficult and important part of his career was being responsible for the design, construction and initial operation of GM’s full scale automotive aerodynamic wind tunnel, a massive undertaking and the first of its kind in the US. The last chapter of his career was in Design Staff, where he managed the Vehicle Aerodynamics Department and was involved in aero test and development of GM future production and research materials. Throughout his career, he made numerous presentations on aerodynamics to universities, design groups, and other industries, including NASA. He became the first non-airplane engineer to join the International Subsonic Aero Testing Association (SATA) and was elected Chairman of SATA several years later, a role of which he was very proud. Kent worked with many top aero teams and forged alliances with Fiat, Porsche, BMW, Mercedes, Audi and many more. His legacy of work in the field of automotive aerodynamics will always be part of automotive history. In retirement, Kent and Carol moved full-time to their beloved home on the shore of Little Glen Lake. In 2016, they moved to the Cedar Creek Commons community in Traverse City. Kent also felt a strong calling to give to his community. He believed that “change is inevitable, but only intelligent change is progress.” He served as an elected Township Trustee for 42 years, first for 23 years in Oakland Township, followed by 16 more years in Glen Arbor Township. Kent was a highly principled man, with a love of family and all things automotive. He was internally driven to produce the best from himself, and instilled this value in his family by example. He learned a love of the outdoors from his father Frank, who took the family on idyllic summer vacations in the Northwoods of Wisconsin. Kent continued this tradition of summer weeks in Wisconsin with his own four children and these became incredible memories for his family. Early mornings spent fishing with Kent on quiet empty lakes were a treasured tradition. Ever the engineer, Kent supplied the family with a series of ski boats, with engines tinkered with to go even faster. On a calm day, he liked to sneak out onto an empty lake and see how fast he could get the boat to go and would come home with a devilish grin on his face, having achieved a new speed record. Being on the water was his happy place. Fishing, sailing and waterskiing would always bring a smile. Summers were full of days with his family on the boat. He towed all his children and friends for endless hours of waterskiing, and he himself still could slalom ski well into his 60’s. Kent was often a quiet man, so to be in his company and earn a chuckle or a wry smile made the moment even more special. He had a dry sense of humor and his laughter and chuckles were gifts. Although not overly demonstrative, he was faithful and caring to his friends. If any friend of Kent became ill, he would be the recipient of endless get-well cards, all cleverly altered with witty puns. His favorite motto was “you are never too old to have a happy childhood” and after retirement, he slowly worked his way through his “automotive bucket list” and researched and bought various cars that had always intrigued him. He devoured automotive magazines and loved nothing more than a long discussion about anything automotive with anyone who would listen. Kent thought that the future was much more interesting than the past, because the future held possibilities. He once wrote “I like windy locations. Wind always make me wonder what is coming next.” May all of his loved ones be reminded of this great man whenever they feel the wind blow over them. Kent is survived by his wife, Carol; son Brian and wife Nancy, of Lansing; son Philip, of Rochester; son Peter, of Seattle; and daughter Megan, of Seattle, as well as 4 grandchildren and 2 great-grandchildren. Tribute contributions can be made to Empire Lions Club, Hospice of Michigan or the Cherryland Humane Society. A celebration of life will be planned for summer of 2021.

Kent Brownlee Kelly passed away peacefully at French Manor South in Traverse City, on December 23, 2020, with family at his bedside. Kent was born in 1932 in Milwaukee, WI, to Frank and Ruth Kelly. He is preceded in death by his parents, his... View Obituary & Service Information

The family of Kent Brownlee Kelly created this Life Tributes page to make it easy to share your memories.