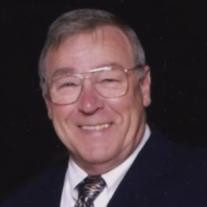 Larry William Kughn, 69, of Traverse City passed away at Munson Medical Center on January 7, 2013. He was born on June 15, 1943 in Reed City, MI to Chester and Irene (Belcher) Kughn, who preceded him in death. Larry is survived by his partner and significant other, Peggy Snowday; his sister, Carol (Jim) Goodroe of Mt. Morris, MI; his brother, David (Linda) Kughn of Jackson, MI; niece, Kellie Goodroe; nephews, Gary (Sharon) Kughn of Grand Blanc, MI, Greg (Karla) Kughn of Horton, MI; one great niece and 3 great nephews, as well as many wonderful friends. Besides his parents, Larry was preceded in death by one nephew, Kevin Goodroe. Larry graduated from Standish-Sterling High School where he played football. He made his living as part of the legacy left by his father and grandfather working in the oil & gas industry. He was talented and knowledgeable in every aspect of the job from beginning to end. Larry had a passion for racing from a young age and began excelling as a driver of open wheel and sprint cars. He was an avid NASCAR fan, attending or watching a race whenever he could. He was an experienced airplane pilot and an avid marksman, shooting with many friends in Michigan and Florida. Larry loved the outdoors and enjoyed long trips on his motorcycle. He loved to cook and made many memorable meals for family & friends. Larry had the ability and know-how to solve most any mechanical issue and could create, correct, or fix almost anything. Larry was a kind and loving brother, uncle, and friend. His fun-loving nature, quick wit and love of life will be remembered by all those fortunate enough to know him. According to his wishes cremation has taken place. Private family services have taken place and a time of remembrance will be held at a later date in the summer. Memorial contributions may be made to the American Heart Association or the St. Jude Children’s Hospital. The family would like to thank the medical staff on the 4th floor at Munson Medical Center for the special care they provided Larry.

Larry William Kughn, 69, of Traverse City passed away at Munson Medical Center on January 7, 2013. He was born on June 15, 1943 in Reed City, MI to Chester and Irene (Belcher) Kughn, who preceded him in death. Larry is survived by his... View Obituary & Service Information

The family of Larry W. Kughn created this Life Tributes page to make it easy to share your memories.

Larry William Kughn, 69, of Traverse City passed away at Munson...