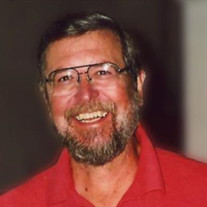 Lawrence Samuel Loesel, a long-time resident of Traverse City, died peacefully on January 9, 2022 at Grand Traverse Pavilions. Born April 14, 1938, Lawrence was the oldest child of Lorenz H. and Fay Loesel. He was the great grandson of Lorenz Loesel who arrived from Germany in 1845 to establish a mission colo-ny in Frankenmuth, MI. Lawrence (Larry) grew up in Hemlock, MI and attended primary school at St. Peter Lutheran Church where he was taught by his father. As a young boy he studied pi-ano with his mother who was a music teacher for the school district. Larry earned his undergraduate degree from Valparasio University in 1959. While pursuing his medical degree at the University of Michigan, he met Barbara Jenkins of Detroit and in 1961 they were married. Larry received his medical degree in 1963 and completed an internship at Toledo Hospital in Ohio. Larry served two years in the Commissioned Corps of the U.S. Public Health Service at the Bureau of Prisons in Milan, MI. Following his service, Larry completed a residency in pathology at the University of Michigan. In 1970 Larry and Barb moved their family to Traverse City where Larry joined Grand Traverse Pathology, beginning a distinguished medical career at Munson Medical Center. In the lab and throughout the hospital, Larry cultivated and cherished many friendships that would last a life-time. While serving as Hospital Chief of Staff he was well regarded for his judgement and diplo-macy. Larry served as president of the A. James French Society and also served in leadership for many other state, county, and hospital medical organizations. For 25 years Larry was the Grand Traverse County Chief Medical Examiner. In addition to his practice, Larry published medical research and traveled nationally to present his investigative findings. In 1996 Larry re-tired. At home Larry shared a devotion to family life with Barb. Together they raised five children, pri-oritizing time for celebrations and family gatherings over 56 years. Summertime trips were taken in the family motorhome with annual visits to Michigania on Walloon Lake. Through it all, Larry documented everything in photography and presented it at much appreciated family slide shows. Larry was a loving father. Deeply inspired by music, he gathered his children around the piano to sing nursery rhymes when they were young and holiday tunes when they had grown. His chil-dren shared in his joy and grew to love music too. His oft-heard whistling was a sure sign that he was carefree and enjoying the moment. For recreation Larry enjoyed tennis and golf. Self-taught in both, he was a competitor and played to win. He and Barb often played together. When the long Michigan winters closed in Larry would read. Forever the intellectual, he kept up with scientific literature on top of a heavy load of biog-raphies, history and fiction. Larry and Barb were active members and supporters of Trinity Lutheran Church in Traverse City. Larry sang in the choir, served on the Board of Education and taught Sunday School. In their retirement, Larry and Barb built a second home and relished the warm winter months in Wickenburg, AZ. There they enjoyed time outdoors and fellowship at Redeemer Lutheran Church. In 2004 Larry was diagnosed with early-stage Alzheimer's disease. Resigned to the idea, Larry moved into Hawthorne Cottage at the Grand Traverse Pavilions in 2007, determined to maintain independent living. Younger than most residents Larry was a friend to all. He was recognized for his humor, intelligence and kindness. Larry welcomed family and friends into his new home. He kept himself busy archiving his photos and papers, emailing, visiting the library, singing, and playing piano. In 2016 Barb joined Larry to live together until her death in 2018. Larry and Barb held hands a lot, sat on the couch, and were thankful for their time together again. During his remaining days after Barb passed, Larry was cared for by the loving Pavilions staff, and nurtured with visits from TC friends, children and grandchildren. On sunny days at the beautiful Michigan State Hospital grounds he could be heard whistling a happy melody. Larry is survived by his brother George (Susan) and five children; Laura (Art Sanders) Loesel, Lawrence Charles (Vanessa Power) Loesel, John Loesel, Cheryl Loesel, Michael (Lisa) Loesel. Also surviving are eight grandchildren; Greta, Luke, Lauren, Weston, Mae, Lily, Jack and Anna. A memorial service honoring Larry is being planned for June 2022. Details will be posted on the Reynolds-Jonkhoff website at a future date. In lieu of flowers, donations can be made to Hospice of Michigan. Memories and condolences may be shared on Larry’s Tribute page, www.reynolds-jonkhoff.com

The family of Lawrence S. Loesel created this Life Tributes page to make it easy to share your memories.