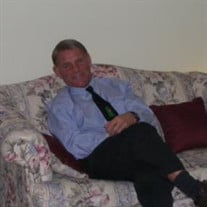 Traverse City – Leonard John Mendrek, Jr., 69, of Traverse City passed away unexpectedly June 24, 2017, Leonard, better known as “Captain Lenny” was born on February 24, 1948 in Detroit, MI to the late Leonard Sr. and Lillian (Kuznicki) Mendrek. He attended Northwestern Michigan College and later founded Traverse City-based Coast Marine Surveyors, LLC., providing services to boat owners both locally and throughout Michigan. His son, Luke continues to follow in his footsteps. Capt. Lenny was raised in Inkster, Mi and attended Cherry Hill High School. He was drafted into the US Navy and served in active duty from 1967-1969, followed by three years in the Naval Reserves. A Vietnam Vet, he was decorated with the National Defense Service Medal, Vietnam Service Medal with One Bronze Star, and Republic of Vietnam Campaign Medal with Device. He served as a Seaman, but also practiced one of his many passions as Chef on the USS Diachenko. Capt. Lenny lived in Trenton, Kalkaska and Williamsburg, MI before settling in the Traverse City area more than 40 years ago, where he raised his son and cultivated his farm in Empire, complete with a barn full of animals and the best raspberries in the north. Capt. Lenny’s many passions and talents include cooking, woodcarving, sailing and water sports, fishing, snowmobiling, farming, building and designing, vintage boat restoration, surveying, antiques, county music, libations, celebrations, vintage trains and farm equipment. He was truly in his element on the water, at the helm of boats both great and small, Spending time with good friends and family, especially his son and granddaughter, brought him great joy and pride. Capt. Lenny is survived by his son, Luke (fiancée Jessica), grand-daughter Ava, siblings Kathy (Ron), Dennis (Iale), Jim (Yolanda) and Patty (Mike), several nieces and nephews, and five great-nieces and nephews. He was preceded in death by his parents, Leonard Sr. and Lillian Mendrek. As a Gift of Life Donor, his spirit will live on through the many recipients of his thoughtfulness. Capt. Lenny’s quick, dry wit, boyish charm, infectious laugh and astute skills will be greatly missed by all whose life he touched. Visitation for Capt. Lenny will take place on Wednesday, June 28, 2017 from 5:00 – 8:00 pm at the Reynolds-Jonkhoff Funeral Home. Funeral services for Capt. Lenny will take place on Thursday, June 29, 2017 at 11:00 am with a visitation one hour prior. In lieu of flowers the family asks that memorial contributions be directed to the family, Luke Mendrek, 305 Sixth Street, Traverse City, MI 49684.

The family of Leonard John Mendrek Jr. created this Life Tributes page to make it easy to share your memories.