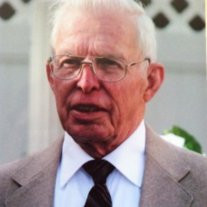 Traverse City-Lloyd D. Richards, 82, of Lake Ann, formerly of Cadillac, died Monday morning, April 1, 2013, at Tendercare of Traverse City following a long illness. Born November 9, 1930, in Cadillac, he was the son of the late Ben and Geneva (Clausen) Richards. On October 1971, in Traverse City, he married the former Barbara J. Schopieray. Together they raised a blended family with much love, joy, and laughter. Lloyd retired on July 15, 1969, after serving with the United States Army as a Chief Warrant Officer Second Class for nearly 21 years. He later worked as a truck driver for Peninsula Asphalt retiring in 1990. He was a long time member of the American Legion Post in Copemish. Lloyd enjoyed woodworking and mechanics. His real dedication and love was to his wife, children, grandchildren and extended family members. He will be forever loved and missed by his wife, Barbara J. Richards of Interlochen; sons, Michael Richards of Hudson, Fla and Lloyd D. Richards, Jr. of New Port Rickey, Fla and Greg (Sandy) Richards, of Traverse City; step children; Arvin "Chip" (Mona) Garvin of Cadillac, Danette (William) Steck of Elk Rapids, Eric (Karen) Garvin of Belmont, and Fritz (Sally) Garvin of Newago; 19 grandchildren; 7 great grandchildren and one on the way; siblings, Virginia (Edward) of Albion, Alvin Richards of Olivet, Ivalu (Jake "Bud") Valfling of Detroit, Beverly Vose Cadillac, Geneva "Toodie" (Duane) Willet of Holt and Dennis Richards of Wellston; along with many nieces, nephews and cousins. In addition to his parents, he was preceded in death by a brother, Ben and a nephew, Steven Richards. Relatives and friends are welcome to visit with the family at the Reynolds-Jonkhoff Funeral Home on Thursday, April 4, 2013, from 6:00 P.M. to 8:00 P.M. Funeral Services will be held at the funeral home on Friday, April 5, 2013 at 11:00 A.M. with Rev. Justin Grimm officiating. Burial will take place later this spring at Inland Cemetery #2 in Inland Township with full Military Honors under the auspices of the Cherryland V.F.W. Post #2780. In honor of Lloyd, memorial contributions may be directed to Grand Traverse Area Veterans Coalition. Envelopes may be obtained at the funeral home. The Richards' family would like to extend a special thank you to the staff of Living Moments at Tendercare of Traverse City for the wonderful and loving care given to Lloyd. You were all a blessing. Kindly share your memories with the family on their online guest book at www.reynolds-jonkhoff .com Arrangements were made with the Reynolds-Jonkhoff Funeral Home and Cremation Services.

The family of Lloyd Duane Richards created this Life Tributes page to make it easy to share your memories.