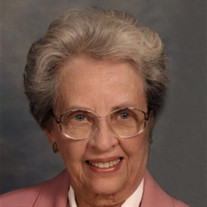 Lucille Evelyn Rineholt, 89, of Buckley and formerly of Harrison and Three Rivers, died Saturday, April 09, 2016 in the loving arms of her daughter, Susan. Lucille was born on September 23, 1926 to the late Chester and Mary (Kennedy) Neamen in Three Rivers. She attended schools there and graduated from Three Rivers High School in 1944. She was a member of the Ninth Street United Methodist Church where she played the organ and piano and would eventually meet the love of her life, Robert Earl Rineholt. They were married on January 15, 1949 at the church. They remained active members there for a number of years. Lucille especially enjoyed playing for services, singing with the choir, playing in the hand bell choir and active as a member of the United Methodist Women. In 1961, Bob was offered a position with the United Methodist Children's Home in Worthington, Ohio, where he maintained the facilities and they made their home until moving to Harrison in 1985 in retirement. Her children remember her as a loving and caring parent and was always "there" for them. They recall with fondness their family camping vacation trips as well. While Bob was employed at the Children's Home, they became surrogate parents to many of the children there. She would often take them shopping to purchase needed items such as clothing, and to share the "love of a Mom" to these children. They often voiced that they would like Bob and Lucille to adopt them as they could see what a loving family the Rineholts’ were. Her children also remember what a good cook she was and her love of crossword puzzles and reading. After Bob's passing she made the move to Buckley to reside with her daughter Susan and her husband Tom. Lucille is survived by her children, Susan (Tom) Robinson of Buckley, James F Rineholt and his wife Carol J Cole of Hailey, ID; her grandchildren, Scot (Laura) Marshall, Kevin (Melissa) Marshall and Kelly (Derek) White; her great grandchildren, Matthew Marshall, Timothy Stewart, Darby Marshall, Devon Dummer, Brooke, Kayla, Cidney and Sean Marshall. She is also survived by her brother, Donald (Mimi) Neamen of Tijeras, NM. Lucille was preceded in death by her husband Bob, her daughter, Janice and sister, Lois (James) Meginley. Visitation for friends and family will be held at the Grant United Methodist Church, 10999 Zue Road, Buckley on Thursday, April 14, 2016 from 11 am until the service begins at 12:00 P.M. Pastor Colleen Wierman will officiate. Burial will take place at Riverside Cemetery in Three Rivers on Friday, April 15, 2016 at 2 P.M. The family has asked that memorial contributions in Lucille's name be directed to the Grant United Methodist Church Music Fund.

Lucille Evelyn Rineholt, 89, of Buckley and formerly of Harrison and Three Rivers, died Saturday, April 09, 2016 in the loving arms of her daughter, Susan. Lucille was born on September 23, 1926 to the late Chester and Mary (Kennedy) Neamen... View Obituary & Service Information

The family of Lucille Evelyn Rineholt created this Life Tributes page to make it easy to share your memories.

Lucille Evelyn Rineholt, 89, of Buckley and formerly of Harrison...