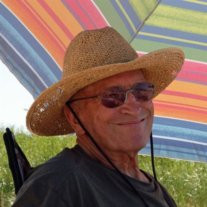 Traverse City - Dr. Lyman Meisel Tower, 85, went to be with his Lord and Savior on Wednesday, February 13, 2013 at his home surrounded by his loving family. Lyman was born on Thursday, January 26, 1928 in Pontiac, MI to the late Paul and Frieda (Meisel) Tower. He proudly served his country, as surgical technician, in the U.S. Army during World War II. Lyman entered into marriage with the love of his life, Ardis Joanne Schueller on Friday, September 8, 1950 in Wayne, MI. She preceded in death on May 16, 2009 after over 59 years of marriage. Lyman was a dedicated Family Physician and Surgeon. He practiced in Livonia for over 34 years and he was very proud to say he delivered over 1000 babies throughout his career. He absolutely loved caring for and treating his patients. Lyman will be remembered as a man with a genuine caring heart for others. He was deeply devoted to his family, friends and patients. He enjoyed traveling, fishing, boating, woodworking, walking his dogs, Michigan football and enjoyed tinkering with projects around the house. He was a devoted member of Kiwanis and the Elks Lodge. Left to cherish his memory are his daughter: Lisa (Bela) Antal, Traverse City, MI, his son; Erik (Rebecca) Tower, San Francisco, CA, and two grandchildren, the true apples of his eye, Nikolas and Sabrina Floros, numerous nieces, nephews and his furry buddies Murphy, Charlie and Molly. In addition to his wife and parents Lyman was preceded in death by three brothers: Robert S.Tower, Frederick C.Tower, Paul S.Tower and his niece Marie Tower. A Memorial Service honoring Lyman will take place at 11:30 a.m. on Saturday, February 16, 2013 at the Reynolds-Jonkhoff Funeral Home, 305 Sixth St. Pastor Nick Twomey will officiate. Friends and family are welcome to visit with the family on Saturday from 10am until the time of the Service. In accordance with Lyman's wishes cremation has taken place. Dr. Tower's family would like to extend a heartfelt thank you to the staff of Munson Hospice for their loving support and care. Memorial contributions may be directed to Special Olympics Area 2 and ACT Grand Traverse (Artists Creating Together). Please feel free to share your thoughts and memories with the family at the funeral home or through www.reynolds-jonkhoff.com. The family is being served by the Reynolds-Jonkhoff Funeral Home and Cremation Services.

Traverse City - Dr. Lyman Meisel Tower, 85, went to be with his Lord and Savior on Wednesday, February 13, 2013 at his home surrounded by his loving family. Lyman was born on Thursday, January 26, 1928 in Pontiac, MI to the late Paul and Frieda... View Obituary & Service Information

The family of Dr. Lyman Meisel Tower created this Life Tributes page to make it easy to share your memories.