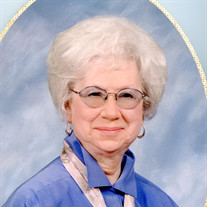 Marilyn Lee Corbin Lesher, 89 of Traverse City and formerly of Petoskey, passed away peacefully surrounded by her family and friends on Friday, November 14, 2014 at Munson Medical Center. Marilyn and her identical twin sister Madilyn were born on December 21, 1924 in Detroit, MI on a farm to the late Elwin and Emeline (Archambeau) Corbin. She attended Detroit Schools and graduated from Eastern High School in 1943. Marilyn worked in the banking industry in Detroit and then at the original JL Hudson Department Store. During this time, Marilyn met a handsome young man named Jerry in Gaylord at the AuSable Ski Ranch. She married the late Gerald “Jerry” Gibson Lesher on March 4, 1957 in Owosso, MI. The ceremony was proudly performed by her cousin Fr. Joseph Whelan. Following the wedding Marilyn and Jerry moved to Tarpon Springs, FL and finally back up to Petoskey in 1963. Upon her return to Petoskey she proudly aced her real estate licensing exam in the State of Michigan. She worked alongside Jerry in their real estate office for the next several years. She later went and worked the next 16 years as an administrative assistant for the Friendship Center of Emmet County. After Jerry’s death in 1999 she eventually moved to Traverse City in 2002 to be closer to her daughter Bridget. This is where she began her final career at the Traverse City Commission on Aging where she officially retired at the age of 80. Her love for history included traveling to some of her most favorite places. They were Shakertown in Pleasant Hill, KY, Berea, KY, Corbin, KY, Gatlinburg TN, and the Keweenaw Peninsula, MI, where her maternal ancestors had immigrated. The Appalachian Crafts and Antiques were her favorite things to look for and acquire on these trips. Marilyn enjoyed watching sports, collecting angels, cross-stitching, crossword puzzles, crafts, mystery stories, skiing and golfing. She was a member of St. Francis Catholic Church and a member of the International Twins Association. One of her proudest moments was when she and her twin sister were voted “most attractive” at the International Twins Convention. Spending time with her family and friends was incredibly important to Marilyn, especially when everyone was gathered together during the holiday seasons. She will fondly be remembered for her ability to learn and share knowledge, generosity and tremendous sense of humor. Surviving Marilyn are her daughters, Bridget Lesher of Dallas, TX, and Erin (Kent) Hansen of Thackerville, OK, grandson Kent “Buddy” Hansen Jr., and several nieces, nephews, cousins and friends. Marilyn is preceded in death by her parents, husband Gerald, brother Russel Corbin, and twin sister Madilyn Cutshall. The family would like to acknowledge the extraordinary care provided by her caregivers; Lori, Christi, and Shirley over the past several years. Marilyn considered them all to be part of the family. Visitation will take place for Marilyn on Thursday, November 20, 2014 from 4-6pm at the Reynolds-Jonkhoff Funeral Home in Traverse City. A Mass of Christian Burial will take place on Friday, November 21, 2014 at the Traverse City St. Francis Catholic Church at 2pm. Memorial contributions may be directed to the Cherryland Humane Society, AC Paws or to a charity of one’s choice. Burial will take place at the St. Francis Cemetery in Petoskey. Please sign Marilyn’s online guestbook at www.reynolds-jonkhoff.com.

Marilyn Lee Corbin Lesher, 89 of Traverse City and formerly of Petoskey, passed away peacefully surrounded by her family and friends on Friday, November 14, 2014 at Munson Medical Center. Marilyn and her identical twin sister Madilyn were... View Obituary & Service Information

The family of Marilyn Lee Corbin Lesher created this Life Tributes page to make it easy to share your memories.

Marilyn Lee Corbin Lesher, 89 of Traverse City and formerly of...