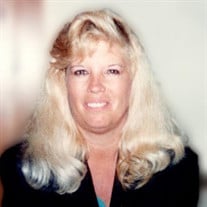 Mary Ann Acker, 72, of Williamsburg, left this earthly realm on February 24, 2022 after a long, quiet battle with Alzheimer’s. Mary was born on July 11, 1949 in Yokohama, Japan, to parents Francis and Dorothy Mooney. She married her husband Paul in July of 1973 and they remained loving spouses and best of friends until her passing. She was very proud of the fact that she was an "Army brat" who was born on a U. S. Army installation in Yokohama, Japan immediately after WWII. Her family returned to the states in the early 50's, relocating to Washington state. From there, they relocated to several southern Michigan locations at various points throughout the remainder of the 50's. In 1960, when she was 11, the family moved to Fairbanks, Alaska and she always loved to tell tales of their time spent there and all the wonderful adventures she had there as a young child. Her family eventually moved to Northern Michigan around 1964, where she remained a life-long resident. She graduated from Traverse City Central High School in 1968. Mary was a very kind, funny, and giving person who would do anything for her family and friends. To her, no one was a stranger. She made everyone - even those whom she’d just met - feel like a friend that she’d known for years. She was well known for her love of sharing humorous stories about her various day-to-day adventures and mishaps, all the while knowing she could get a laugh, at her own expense, out of those she shared her stories with. It was always her intention to make sure everyone around her was joyful and had a few good belly laughs at her crazy antics and genuinely funny retelling of her tales. Besides her family, Mary was most proud of her beautiful flower garden prominently on display every spring and summer in front of the house for all visitors to see and admire. She loved spending time working her flower garden on warm, sunny days and relaxing in a lawn chair in front of the garage admiring the results of her efforts. From that same lawn chair, she would sit for hours in wonderment at the natural beauty of the woods, flora and fauna surrounding her home. Mary is survived by her loving husband, Paul; son and daughter-in-law Jason and Jennifer Acker; daughter and son-in-law Melissa and Craig Eisenga; and daughter Mandy Acker. Mary is also survived by her beloved grandchildern Austin and Taylor Mihelsic and Kristen Mihelsic, Jacob Lawes and Jillian Acker, as well as three beautiful great-grandchildren. She is also survived by her brother and sister-in-law John and Darlene Mooney and sister Barbara Mooney. Last, but certainly not least, her beloved dog and constant companion, Joseph "Pete" Acker. She was preceded in death by her parents, Francis and Dorothy Mooney; her brother Pat Mooney and her sister Maureen Zemke. A celebration of life will be held Friday, March 4, 2022, 11:00 AM, at Reynolds-Jonkhoff Funeral Home. Visitation will begin at 10:00 AM and continue until the time of service. Interment will follow in the Oakwood Catholic Diocesan Cemetery, Traverse City. Please consider memorial contributions to the Alzheimer’s Association or to the American Cancer Society. Reynolds-Jonkhoff Funeral Home and Cremation Services is caring for Mary and her family. You may view her tribute page at www.reynolds-jonkhoff.com

Mary Ann Acker, 72, of Williamsburg, left this earthly realm on February 24, 2022 after a long, quiet battle with Alzheimer&#8217;s. Mary was born on July 11, 1949 in Yokohama, Japan, to parents Francis and Dorothy Mooney. She married her... View Obituary & Service Information

The family of Mary Ann Acker created this Life Tributes page to make it easy to share your memories.