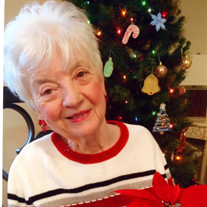 Mary Johanna was born March 15, 1943, in Traverse City, MI to Donna Elizabeth (Kelenske) Heater and Harmon Howard Heater. Mary is survived by her brother John Heater, her sisters-in-law, Christine and Bernice Heater, numerous nieces and nephews, many great-nieces and nephews, and a generation of great-great nieces and nephews. Mary was a life-long resident of Traverse City, with the exception of a brief period where she lived in Highland Park, California, following her brothers John and Norm, teaching in the East Los Angeles School District. A lover of Michigan’s seasonal weather, Mary returned to Traverse in 1967 where she began a 34-year teaching career in Traverse City’s area schools, spending the majority of her career at Oak Park Elementary, where she attended, along with all four of her brothers, until 1954. Mary did not have biological children, her students were her “kids.” Having served thousands of children and families over her long and successful career, Mary’s legacy, including her love of learning, and the value she placed on education, community involvement, and service, continues to live on in the many students whom she taught. Her students went on to become our current generation’s leaders, teachers and dedicated members of Traverse Bay’s communities. Her dedication to her students and the learning-culture she so valued earned her the “The Excellence in Education” award from Traverse City Area Public School District. Graduating from Traverse City Central High School 1961, Mary obtained her undergraduate degree from Northwestern Michigan College and a master's degree from Michigan State University in 1965. Mary was a lifetime member of Bethlehem Lutheran Church, and numerous social and community groups including the Sons of Norway, the Daughters of the American Revolution, the National Educational Association, Michigan Education Association, and the Traverse City Education Association. A fervent pro-union Democrat, who loathed Michigan’s shift to a “red state,” she believed deeply in the right of all people to access quality education. Mary’s life after retirement focused on her other loves -- cooking, crafting, community service, and collies. Coming from a family of talented and accomplished jazz musicians, her artistic talents lay elsewhere. She was an expert quilter and basket weaver, and often gifted friends and family her cottage creations. After spending many years caring for her mother and father, at 50 years of age, Mary found the love of her life, Robert DeWayne Gordon (d. 2015) and they were married on July 22, 1995 at Bethlehem Lutheran Church. She was given away by her brother Norm, while John and Bob stood by her side. The church was filled with lifelong friends and a loving family, cheering this union. Mary was the family’s matriarch. She organized many family gatherings, especially during the Cherry Festival. Always a good sport, she loved swimming in the bay, canoeing the Boardman River, reading the comic Pogo, and when the party was over, playing the Heater family’s unique game of tag. If you drove by Mary’s house after a family gathering, it was common to see a gaggle of adults and children yelling with laughter and running in and out of cars during this frenzied and fun-loving game. In other words, Mary’s life was full of simple joys. She was blessed to be deeply loved and to love deeply. As her Parkinson’s progressed, Mary’s life became more insular, and her independence was limited. Her physical limitations didn’t dampen her independent spirit, however. She was stubborn when she needed to be, and many of us may have seen her driving around town, her eyes barely above the steering wheel, parking as crooked and kiddywampus as her physical body had become. While she was eventually convinced to stop driving, Mary was in charge of her life through the very end. She was determined to call the shots, including making the choice to spend her final years here in Traverse, the city she loved. For all of Mary’s kindness, she was also firm and stern, traits she developed from a life of teaching young children. Her nieces and nephews might remember her making threats to “spank you with a wet noodle” if you didn’t shape up or when frustrated, to make the profane exclamation of “oh my land!” No, Mary was not one to drink, cuss or smoke, but she did know how to party. Mary died on October 13, 2019, in the quality care of the French Manor, where she spent her remaining days making new friends and causing good trouble however she could. A prankster and a jokester, she was always ready with a witty quip, using her dry sense of humor to poke loving-fun. Fall was her favorite season, so it’s apt that her homegoing comes during this beautiful, crisp month and the spectacular red-yellow-orange of changing leaves. Mary had moxie. She will be remembered as clever, kind, smart and committed, dedicating herself to others and her community. As she enters the gates of heaven, may she be reunited with her true love, Bobby G, her many collies, whom she adored, the community of friends who preceded her in death, her parents, Donna and Harm, and especially her brothers -- Kenneth, Norman and Bob. Mary, John wants you to know: State lost again, give ma a big kiss for me, and I “gotcha last.” A Funeral Service for Mary will take place at Reynolds-Jonkhoff Funeral Home on Thursday, October 17, 2019 beginning at 10:30 am with a visitation one hour prior to the service. Pastor Paul Busekist will officiate. A luncheon will be held immediately following the service at Bethlehem Lutheran Church. Mary will be laid to rest at Oakwood Cemetery following the lunch at the church. In lieu of flowers, the family is asking that donations be made to either; Big Brothers Big Sisters of America, 2502 N. Rocky Point Drive, Suite 550, Tampa, FL 33607, or the Michael J. Fox Foundation, P.O. Box 5014, Hagerstown, MD 21741-5014. For those that are not able to be at Mary’s funeral, it will be broadcasted live by visiting, www.rjfh.tv on the day of the service at 10:30 am.

The family of Mary Johanna Gordon created this Life Tributes page to make it easy to share your memories.