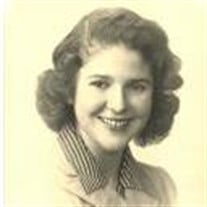 TRAVERSE CITY - Mary Elizabeth (Betty) MacTavish (nee Gingrich), aged 91years and a 51-year Traverse City area resident passed away on November 23, 2016. She was born in Grand Rapids, MI on June 8, 1925 and was raised in northeastern Grand Rapids where she graduated from Creston High School in 1943. During World War II, Betty worked at Commonwealth Loan Company and met Doris MacTavish who together with Betty’s sister-in-law Ruth DeHart Gingrich, helped set up a blind date with her brother, Theodore (Ted). After Ted returned from overseas service, Ted and Betty married and together they raised a family of three children amid the adventures of living in several locations: Lowell, MI, Colorado Springs, CO, St. Louis, MI, Phoenix, AZ, and Traverse City, MI. Before settling in 1965 on their Leelanau County farm, Ted and Betty owned and operated a neighborhood grocery store, a rental home, and a small ranch in Phoenix. In the same year that they moved to Michigan, Betty began working at Northwestern Savings and Loan and continued for nearly 25 years as executive secretary and bookkeeper. “Betty Mac,” as she was often called, was always happy to help in any capacity needed. She increased her responsibilities continuously until she rose to the level of internal bank auditor and executive secretary. In that capacity, she traveled to bank branches around Northern Michigan before retiring in 1989. In retirement, Ted and Betty sold their farm and divided their time between their summer home in Greilickville and their winter home in Zephyrhills, FL. They were long-term active members of Asbury United Methodist church, now known as Traverse Bay United Methodist Church. Her husband Ted, her parents Josiah H. Gingrich and Mary Inez Smith, and her siblings Florence, Bernice, Oliver, and Norman preceded Betty in death. She is survived by her three children, Linda McGlothlin (Marvin), Robert MacTavish (Phyllis) and Thomas MacTavish (Krista), seven grand-children, and twelve great-grand children. Ted and Betty were married for 68 years and enjoyed a wonderful retirement filled with RV trips, relaxing winters in Florida, and an active social life that included backyard parties in a legendary flower garden. Betty was known for her cheery disposition, optimism, and perseverance. The family would like to thank Mary Hansen, Kathy Read, and the rest of the staff at The Pavilion’s Willow Cottage for their loving care and support of our cherished mother during her time of need. Donations honoring Betty’s life may be made to Traverse Bay United Methodist Church, 1200 Ramsdell Rd, Traverse City, MI 49684. Final arrangements are being made with Jonkoff-Reynolds Funeral Home. Internment is planned for Oakwood Cemetery, Lowell, MI Life Tribute Page can be seen at http://www.reynolds-jonkhoff.com. The family is being cared for by the Reynolds-Jonkhoff Funeral Home and Cremation Services.

The family of Mary Elizabeth MacTavish created this Life Tributes page to make it easy to share your memories.