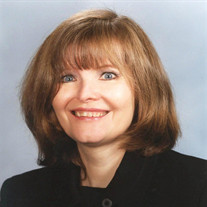 Molly Warner Lien, age 67, died on September 11, 2015, at the Meijer Heart Center in Grand Rapids as a result of cardiomyopathy and complications of heart surgery. She was born in Chicago, Illinois on May 26, 1948, the only child of the late Cornelius and Donna (Dora M.) Beukema. She grew up in Homewood, Illinois, and she attended the Interlochen Arts Camp, and finished her last two years of high school at the Interlochen Arts Academy, graduating in 1966 with a major in voice. She won the concerto competition twice at the Arts Camp and again during her senior year at the Arts Academy. She also played the leads in several productions, including those by Gilbert & Sullivan, and the high school musical. After attending the University of Michigan her freshman year, she graduated from the University of Miami with a degree in music. She sang numerous operatic roles, but ultimately was drawn to a career in law. She graduated with honors from the Emory University School of Law in Atlanta in 1978 where she was President of the Women’s Law Student Association, Articles Editor of the Law Review, a member of Omicron Delta Kappa National Leadership Honorary Society, and a member of the Order of the Coif. She was also voted the Wall Street Journal Award by the Faculty for Outstanding Academic Achievement in the field of law. In 1979 she returned to the Chicago area and served as a law clerk to the Hon. Wilbur F. Pell, Jr. on the United States Court of Appeals for the Seventh Circuit. After practicing with two major Chicago law firms as a litigation and trial attorney, she decided to pursue a career in law teaching, partly as a result of a heart condition. She began as a Bigelow Fellow at The Law School of the University of Chicago, followed by two decades of teaching at the Chicago-Kent College of Law and The John Marshall Law School in Chicago. She started her career as a legal writing instructor, and remained committed to the importance of writing and analysis throughout her career, serving as the Director of Writing at both Chicago-Kent and John Marshall. She also served as a Visiting Consultant to The National University of Singapore to assist them in establishing a skills training program. She became a full Professor of Law at John Marshall. In her career she taught a wide range of courses, including Federal Civil Procedure, Federal Courts, International Law, Comparative Law, Professional Responsibility, the Russian Legal System in Transition, and Trade with Emerging Markets. Her interest in the developments in the Russian Federation caused her to learn the Russian language. She enrolled in Russian courses at Northwestern University, and she lived in Moscow two summers for language study, after which she was a proficient speaker. She made fourteen trips to Russia and the Ukraine, and lived there a total of more than a year and a half. She participated in Rule f Law Programs in Russia and Ukraine, and lectured at both the National Juridical Academy and the University of Internal Affairs in Kharkov, Ukraine. In 1993 she authored a seminal article on Russian Constitutional law, published by the Stanford Journal of International Law, and also published several other articles dealing with both lawyering skills and transnational litigation. She was a long-time resident of Winnetka, Illinois, and served as a board member and later President of Family Services of Winnetka-Northfield, and as Chair of the Winnetka Zoning Board of Appeals. She attended Christ Church in Winnetka and served as a lector, a member of the Altar Guild, and became the first woman to serve as Chancellor to the Vestry. She and her husband John retired to Traverse City, Michigan in 2008. She admired the art of hand weaving, and she enjoyed this new hobby and felt especially fortunate to belong to both the Northland Weaving and Fiber Arts Guild, and the Benzie County Spinners, a talented and supportive group of women dedicated to the fiber arts. She attended Grace Episcopal Church, where she was Director of the Altar Guild, a member of the Prayer Shawl Ministry, and a pantry volunteer. She also was honored to be a member of the Old Mission Women’s Club, where she was Membership Co-Chair, Luncheon Chair, Club Secretary and then President. Molly was an avid reader. She loved spending time with her sons and their families. She was a great lover of dogs and had several as pets. She was preceded in death by her parents, Cornelius and Donna Beukema, and earlier this year by her son, John Charles, and from a brain tumor. She is survived by her beloved husband, John Lien, and her son, daughters-in-law, and grandsons. They are Robert H. Warner (Chrissy and grandson Jack) of Interlochen, and Anna Warner (grandsons Charles and McCoy) of Montgomery, Ohio. She is also survived by several cousins, including Elizabeth Lewis of Traverse City, Tom Beukema of Petoskey, Ann Lloyd of Sarasota, Florida, and Ellen Brubaker of Grand Rapids. She is also survived by her former husband, Robert Warner (Sandy) of Weston, Wisconsin. A visitation will be held at Reynolds-Jonkhoff Funeral home between 4 pm and 8 pm on Friday, September 18, 2015. A funeral service will be held at Grace Episcopal Church in Traverse City on September 19, 2015, at 11 am., with visitation starting at 10 am. The Very Reverend Father Daniel Richards will officiate the service. Memorial gifts may be directed to Interlochen Arts Academy, 4000 Highway M-137, Interlochen, MI 49643, the Traverse City Symphony, 300 East Front St., Traverse City, MI 49684, AC Paw, P.O. Box 94, Acme, MI 49610 or Grace Episcopal Church, 341 Washington St., Traverse City, MI 49684.

Molly Warner Lien, age 67, died on September 11, 2015, at the Meijer Heart Center in Grand Rapids as a result of cardiomyopathy and complications of heart surgery. She was born in Chicago, Illinois on May 26, 1948, the only child of the late... View Obituary & Service Information

The family of Mary "Molly" Margaret Lien created this Life Tributes page to make it easy to share your memories.