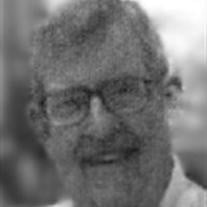 TRAVERSE CITY — Maurice Theodoret Bolmer Jr. loved life and lived it in many different spheres. He was a husband, a father, a brother, a mentor, the family patriarch, a practical joker, a jock and a fun co-conspirator. He was so happy on March... View Obituary & Service Information

The family of Maurice Bolmer created this Life Tributes page to make it easy to share your memories.