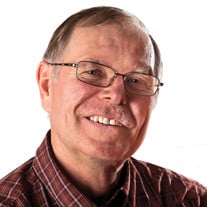 Michael Joseph Susalla, 63, of Kalkaska, Michigan was called home to be with the Lord on Saturday, June 11, 2016. Mike was born in Bad Axe, Michigan on September 7, 1952 to the late Harold and Elizabeth (Kucharczyk) Susalla. He grew up on a farm in Parisville, Michigan. He was the 3rd child in his family. Mike attended Ubly High School later he went on to Delta College and graduated with a two year degree. After graduation from college Mike moved to Detroit to work construction. He was married to Mary Jo Richardson on February 24, 1973 at Christ the King Church in Detroit. He was a carpenter 31 years retiring in 2004. Mike and Mary Jo moved to Kalkaska in 2004. Mike served as a Deacon for five years at Living Hope Church. He was an usher and led the Van Ministry. He volunteered with many organizations and also donated his time and services to his church family. Mike was a true outdoorsman he enjoyed hunting, fishing and boating with his family and friends. Left to cherish the memory of this faithful servant of the Lord are; his loving wife of 43 years, Mary Jo, his daughter, Carolyn (Paul) Johnson of Novi, two grandchildren; Hannah Johnson and Noah Johnson and a daughter-in-law Kelly Susalla. Also surviving are two brothers and a sister; Leon (Susan) Susalla, Judy (Vern) Mazure and Wayne (Sherry) Susalla. Mike was preceded in death by a son, David Susalla and a brother, Ronald Susalla. Friends are welcome to visit with Mike’s family on Wednesday, June 15, 2016 from 4:00 to 8:00 p.m. at the Reynolds-Jonkhoff Funeral Home, 305 Sixth Street, Traverse City, MI 49684. A Funeral Service honoring Michael will take place at 11:00 a.m. on Thursday, June 16, 2016, at Living Hope Church, 3050 W. South Airport Rd., Traverse City, MI 49684. Pastor Carey Waldie will officiate. A Memorial Service honoring Mike will be held at a later date in the Metro Detroit Area. In lieu of flowers those planning an expression of sympathy may wish to consider a memorial donation to the Living Hope Church – Building Fund. Please feel free to share your thoughts and memories with Mike’s family at www.reynolds-jonkhoff.com. The family is being cared for by the Reynolds-Jonkhoff Funeral Home and Cremation Services.

Michael Joseph Susalla, 63, of Kalkaska, Michigan was called home to be with the Lord on Saturday, June 11, 2016. Mike was born in Bad Axe, Michigan on September 7, 1952 to the late Harold and Elizabeth (Kucharczyk) Susalla. He grew up on a... View Obituary & Service Information

The family of Michael "Mike" Joseph Susalla created this Life Tributes page to make it easy to share your memories.