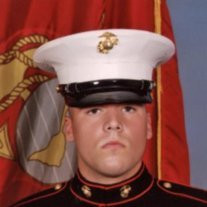 Michael James Reese Died-November 19, 2013 Traverse City-Michael J. Reese, 23, of Traverse City, passed away on Tuesday, Nov. 19, 2013 from an accident preparing for his concealed weapon’s exam. He was born in Flint, MI on March 18, 1990 to Mary (Schaffer) Reese and Michael Reese. Michael attended West Jr. High School and graduated in 2008 from Grand Traverse Academy in Traverse City. He enjoyed all sports, especially golf. He was a member of the New Hope Community Church youth group and gave his heart to his Lord and Savior during his high school years. He helped out at the family business, America’s Carpet Barn, and enjoyed being the “Dancing Pig of Traverse City” which you can still view on You Tube. He was currently working at Francisco’s Meat & Deli Market as well as being a full-time student at NMC. Michael enjoyed a lifetime of joy with his “Big Brother”, Chris Warren, and treasured all their times together. It was extremely special for Mike that Chris & Julie flew to California to see him graduate from Boot Camp. Chris’ contribution to Mike’s life was huge! In 2009, he joined the Marine Corp and was honorably discharged as a Corporal in 2013. He served two tours of combat duty in Afghanistan. While in the Marine’s he received the Good Conduct Medal, National Defense Medal, Afghanistan Medal, Global War on Terrorism Medal, and SATO Medal. Twice he received the Expert Rifle Badge which all Marine’s strive for. He loved spending time with his family and would come back to Traverse City on leave whenever possible. His two little nieces were a highlight in his life. Michael is survived by his parents: Mary Reese & Ron Rogers; Michael & Sharon Reese; Sister: Meagan (Reese) & Mason Hildabridle.. Grandparents: Patricia Schaffer, Ilene Reese. Numerous aunts, uncles, and cousins who were dearly loved, and girlfriend, love of his life, Meghan Morelli. He was preceded in death by his brother-in-law, Ryein Hildabridle, and his grandfathers, Donald J. Schaffer Sr. and Herbert C. Reese. Viewing will be on Friday 5:00 - 8:00 pm at Reynolds Jonkhoff Funeral Home located at 305 6th Street in Traverse City; and Saturday from 10:00 - 12:00 noon at Bay Pointe Church 6880 Secor Rd. Funeral Service will follow at 12:00 noon with Pastor Larry Jennings officiating. Interment will be at Memorial Gardens with full military honors. In lieu of flowers, you may contribute to the Big Brothers Big Sisters of Northern Michigan or GT Area Veterans Coalition. Please share a memory of Michael at www.reynolds-jonkhoff.com.

The family of Michael James Reese created this Life Tributes page to make it easy to share your memories.