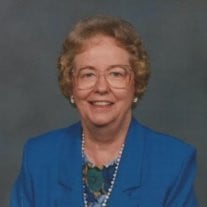 Nellie M. Groesser Beal, 90, of Traverse City, passed away December 31, 2013. Nellie was born on May 18, 1923, to the late George and Meda (Salisbury) Wood, in Wexford County, Michigan. Nellie attended Mesick High School, and graduated in 1941. She moved to Traverse City, and was employed as support staff for the Director of The State Hospital. She met and married the late Archie Groesser, and the couple lived in Traverse City, raising their two sons. She was an accomplished homemaker and cook, and also worked as a sales associate in the community for Avon products. After the death of her husband, she married the late Willard Beal in 1975. The couple continued to live in Traverse City where Nellie was employed by Michigan Bell Telephone Company until her retirement in 1988. Nellie was a very active member of Emmanuel United Methodist Church (now Traverse Bay UMC), where she served on many groups and held various offices. She held a passion for reading and achieving one’s potential. She encouraged the same in her sons, and one became a high school English teacher and department head, and the other an attorney in Grand Rapids. She is survived by a sister, Golda Zeitz of Cadillac, two sons; Terrence L. (Susan) Groesser of Grand Rapids, John A. (Sarah) Groesser of Chelsea, four grandchildren; Matthew (Lisa) Groesser of Grand Rapids, Jason Groesser of Chelsea, Brian (Allison) Groesser of Fuquay-Varina, NC., Mike (Abigail) Groesser of Fuquay-Varina N.C., and six great-grandchildren; Cullen Dodge, Addison Groesser, Haley Groesser, Ava Groesser, Brayden Groesser, and Claire Groesser. A drop-in memorial gathering will occur on January 12, 2014, from 12:00 PM to 1:30 PM, at the Traverse Bay United Methodist Church. Cremation has occurred. In lieu of flowers, the family asks that memorial contributions be directed to the Traverse Bay United Methodist Church. The family would like to express their appreciation and special thanks to the staff of Cherry Hill "The Nest", and to Hospice of Michigan, for the love and care provided to Nellie. You may also share your memories of Nellie with her family by visiting www.reynolds-jonkhoff.com Arrangements for the family have been entrusted to Reynolds Jonkhoff Funeral Home and Cremation Services.

The family of Nellie M. Groesser Beal created this Life Tributes page to make it easy to share your memories.