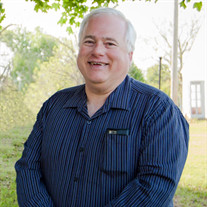 Nicholas “Nick” J. Leone, age 60, was a long time resident of Cedar, born May 4, 1959 in Pontiac, MI. The oldest of 3, to Donald C. and Margaret H. Leone. Nick passed away peacefully in his sleep on April 9, 2020. Nick was predeceased by his father, Donald C. Leone. He is survived by his mother Margaret H. Leone, brother John (Susan) Leone, sister Mary (Brian) Jackowski. His Nieces and Nephews Shannah (Gary) Bird, Charlotte (Mitch) Black, Christian Leone, Necole (Dan) Beitzel, Anthony (TommLynn) Reno, Dante (Megan) Leone and his dear friend Paul (Mary) Barrett. Nick moved to Traverse City at the age of 12 and graduated from Saint Francis High School in 1977. He attended Northwest Michigan College for 2 years, later transferring to Michigan State University where he belonged to the Sigma Phi Epsilon Fraternity. He graduated with 2 Bachelor's Degrees. Nick worked at GTR Equipment for 27 years, where he did snow plow installation and custom fabrications. In his spare time he enjoyed being a mechanic on the Longton/Barrett Racing Team #68 for over 30 years. He was also part of Team 73 Holeshot Racing, which became Team 24, 2 years ago. These were both Soo I 500 teams and he has been to every Soo race for the last 24 years. His team had won 2 world championships. The racing community was like a second family to him. Almost every Tuesday night he could be found with his dear friend for over 40 years, Paul Barrett working on the race sled. Nick had so many friends and was always willing to come and help if needed. It didn’t matter what it was, he would be there in a flash to lend a hand and was always willing to come back to help you get the job finished. Nick sacrificially gave of his time and talents to those around him. Never having children of his own he was very close to his nieces and nephews. He never forgot their birthdays and always went to great length to find that “perfect card” that would bring a smile and a hearty laugh to all. Nick loved babies and small children and always went out of his way to send them a little something. Nick had a love for the outdoors and liked to hunt and fish every chance he got. He liked spending the day on the water with his friend Paul. He enjoyed going for long walks in the woods with friends or by himself. His big heart, his smile and his constant teasing and laughter will be missed by many. A victory in Heaven for sure. Wave that checkered flag buddy-your home! The family will be gathering sometime in late spring or summer to celebrate Nick’s life.

The family of Nicholas John Leone created this Life Tributes page to make it easy to share your memories.