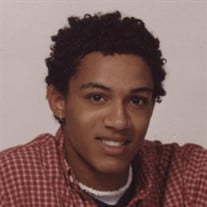 Nicholas Anthony Mills, 30, of Traverse City, passed away August 3, 2017. Nick was born in Fort Leonard Wood, Missouri to Laurie Greenman and George Mills, on November 29, 1986. In 2004 Nicholas graduated from West Senior High. From the very beginning Nick was the trend setter, the friend maker and the social butterfly. He encouraged his friends and family to see the beauty in all things. He was the free spirit, the man with the personality, the magnet that we were all drawn to, and the absolute fashionista. He was his mom’s little brown eyed boy and best pal. His curiosities took him many places to live, but he always knew that home was where his momma was. Nicholas was exceptional in the hospitality field and notably became your best friend before you left after meeting him. He enjoyed brisk walks with Woody,Thor the family dogs all holidays, but coined Christmas as a favorite. The entire family was together, and Thanksgiving would not be complete if not for his mom’s fruit salad. He would call the bowl before it even got served. Nick was the light of the gathering and there will be a void in the hearts of all whom knew him. Nicholas is survived and missed dearly by his mom and step dad Todd, his father, George, his siblings Chad, Samantha, Ashley and Brandon, his grandparents, Charles and Alice Wood, his aunts and uncles; Claudette (Steven), Andrew, Robert (Tamara), Paula (Daniel), James (Brenda), Kelly (Jeff), Vincent (Heather), John (Michelle), Ida (Dan), Craig (Anna), Lisa (Sid), Marc (Janet), Sabrina (Bryan) and Rodney (Tiffany), nieces and nephews; Anthony, Jayden, Lillian, Sasha, Avaya and Abella. He is also survived and missed by several cousins and many friends. He is preceded in death by his grandparents, Dorothy and Claude Greenman and his cousins, Holli and Travis Greenman and Victor jr Willams. Visitation will take place August 8, 2017 from 5-7pm at the Reynolds-Jonkhoff Funeral Home. A funeral service will take place August 9, 2017 at 11:00am, also at the funeral home with visitation one hour prior. Nicholas’s final resting place will be Oakwood Cemetery. Please visit www.reynolds-jonkhoff.com to share your condolences and memories with Nick’s family on his personal tribute page. Those considering an expression of sympathy may wish to do so in Nick’s honor to his family, in care of the Reynolds Jonkhoff Funeral Home; 305 Sixth Street, Traverse City, MI 49684.

The family of Nicholas Anthony Mills created this Life Tributes page to make it easy to share your memories.