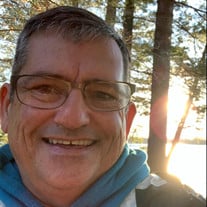 Traverse City – Nicholas Paul Zlojutro, 57, of Traverse City passed away on December 12, 2021. Nick was born on December 7, 1964, in Detroit, Michigan to Paul and Mary Zlojutro. He grew up in Clinton Township alongside his siblings Jean, Peter, Rosie, and Amy. He made for an adorable baby brother and made a habit of making his family smile. He graduated from Chippewa Valley High School in 1983 and attended Western Michigan University where he earned his bachelor’s degree in Industrial Marketing. While at Western, he met the love of his life, Jane Marie Tamulis. They were married on June 23, 1990. They have been best friends ever since. He was her perfect match, and they loved each other dearly. In recent years, Nick was a Senior Land Agent with Consumers Energy. In his free time, he enjoyed hiking along northern Michigan’s many TART trails, watching Michigan State athletics, and traveling around the country with his family. Some of his favorite vacation destinations were Florida, Alaska, the Pacific Northwest, and our country’s many National Parks. Nick had a special place in his heart for animals, and loved his family dogs, especially Clifford, who Jane and Nick dubbed their “practice child”. Most recently, Daisy, their silver lab, has become Nick’s personal closest pet, workday companion, and shadow. Nick was a devoted member of Bethlehem Lutheran Church. He will be remembered for his selfless heart, his gregarious and outgoing personality, and most importantly, his love for his family. He always put his family first, almost to a fault, and never sat idle. He will be so greatly missed by all who knew and loved him. Nick is survived by his beloved wife and “Schmoe” Jane; their children, Daniel and Emily, along with Olivia DeHaven. He is further survived by his devoted parents, Paul and Mary, siblings Jean and Mike Boguth, Peter and Nancy Zlojutro, Rosie and Steve McHugh, and Amy and Mike Bossner. He will be missed by his in-laws Walter and Carol Tamulis and Roberta Brown, among many other loving family members and close friends. The memorial service celebrating Nick’s life will be held on Friday, December 17, 2021, at 3:00 pm at the Reynolds Jonkhoff Funeral Home. Visitation will begin one hour prior to the service. Memorial contributions in his honor may be directed to TART Trails, Inc.

Traverse City &#8211; Nicholas Paul Zlojutro, 57, of Traverse City passed away on December 12, 2021. Nick was born on December 7, 1964, in Detroit, Michigan to Paul and Mary Zlojutro. He grew up in Clinton Township alongside his siblings Jean,... View Obituary & Service Information

The family of Nicholas Paul Zlojutro created this Life Tributes page to make it easy to share your memories.