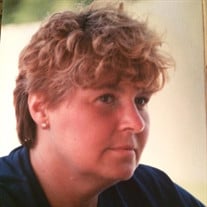 Judge, Patricia “Patty” 80, passed away on June 14, 2021 in Traverse City. Patty was born on August 12, 1940 to Theodore and Mary Baklarz of Ecorse, Michigan. She married the late Thomas Judge in 1957 and raised four children before attending nursing school. Patty began her career in 1976 at Children’s Hospital, Detroit. She relocated to Traverse City to head up the Pediatric wing of Traverse City Osteopathic Hospital and later an obstetrics nurse at Munson Medical Center until her retirement in 2006. Patients received wonderful care from Nurse Patty. She was a source of comfort and support to many parents, children and new mothers who were lucky enough to have her at their side. It was not unusual to be out and about and to be stopped by a parent from years ago who warmly greeted her and thanked her for being her nurse. Patty lived life to the fullest. She had many passions but those that rose to the top were her travels throughout the country and abroad, movie club themed parties and the holiday season. Whether it was an opera tour through Italy, a cruise to the Greek islands, traveling during the fall months throughout Europe with her daughters, renting a condo on the ocean or traveling to see her grandchildren, she embraced these adventures with abundant energy, enjoying every moment. During the Christmas season her home was transformed into a winter wonderland, every holiday was spectacular. Midnight was never too late for one more episode or to begin a movie. Entertaining and throwing parties was her forte. She adored her grandchildren and her grand dogs Maddy and Addy. Mom was a fighter to the very end of her spectacular life. Everyone was amazed at her strength and positive outlook given all her health struggles. A real powerhouse who always saw the upside. Our mom was the coolest person and we were so lucky to have had her as our mother. We will miss her so much. Patty will be missed by everyone who knew and loved her. She is survived by her children, Sherrlyn (Steve) Hall, Mark (Denise) Judge, Theodora (Rob) Kret, her youngest daughter, Carrie Snowden, who was her best friend, loving caregiver, and her rock; sister Geri (Dave) McNeill; affectionately known as YaYa to her grandchildren Katelyn Hall, Abigail, Samuel and Lukas Kret; brother-in-law James (Margie) Judge; a niece; six nephews, and numerous dear friends. In lieu of flowers donations can be made to a Labrador Retriever Rescue organization. Kindly share thoughts and memories with Patty's family at www.reynolds-jonkhoff.com.

The family of Patricia "Patty" Judge created this Life Tributes page to make it easy to share your memories.