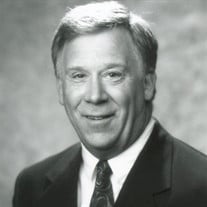 Patrick William Burden Jr., 65, fell asleep peacefully, December 2, 2015. To his family and friends, he remains sleeping, but we feel certain he is dancing and laughing in Heaven with loved ones that were awaiting his arrival. There is a large void for the many people who knew this good man. He was a very good man. He was a very generous person. With his wife Jan as his business partner, he founded National Coatings in 1996. When Jan passed in 2003, Pat continued to work hard until his last day to make the company grow to what is now six offices nationwide. Believing not that he was entitled to this success, his view was that he had been very fortunate to have it, never taking it for granted. This attitude along with his wonderful caring heart led him to support many organizations with contributions that would in turn touch the lives of people he would never personally meet, but he knew were there and in need. Some of his favorite groups were 4-H, The Father Fred Foundation, Sleeping Bear Dunes Heritage Trail, Goodwill, and the Tambi Water Well Project in Africa. He provided opportunity to many individuals as well, be it in the form of monetary aid, or helping them find employment. Pat was wise, and realized that just being given a chance to earn and support yourself is an empowerment. Pat’s hobbies included many variations of hunting and fishing. He divided his time between Traverse City and Wetmore, Colorado. He loved to take his boat out on Glen Lake or Lake Michigan. The last two years he was learning to master ocean fishing on the coast of Hawaii. Besides friends, his family is feeling the sadness and shock of losing him so suddenly. Pat was finally going to allow himself to retire, which was something his brothers and sisters were eager to see. He had so many plans to help others, and was eager to see them through in his retirement. Though apparently he is needed elsewhere in this universe, where we believe he is experiencing joy that is unimaginable to those of us still on earth. His six remaining siblings are Mike Burden of Tacoma, Washington, Daniel (Marilyn) Burden of Shelby Township, Michigan, Tim (Diane) Burden of Traverse City, Jon Burden of Milwaukee, Wisconsin, Marsha (Mike) Howard of Traverse City, and Gerilyn Burden of Traverse City. Also missing Pat is his girlfriend Marci "Ollie" Spence. Those preceding him in death were his parents, Pat and Dora Burden, his brother, Joe Burden, and his lovely wife, Jan Burden. We know they all greeted him with twinkling eyes and open arms. Please help us celebrate the life of this very special brother and friend. Visitation will be held on Sunday, December 6, 2015 from 3 to 6 p.m., with scripture service and time of sharing at 5:00 p.m. at the Reynolds-Jonkhoff Funeral Home, 305 Sixth Traverse City, MI, 49684. A Mass of Christian Burial honoring Pat will take place at 11:00 a.m. on Monday, December 7, 2015 at Immaculate Conception Catholic Church, 720 Second St, Traverse City, MI, 49684, with visiting one hour prior. Rev. Fr. Anthony Citro will officiate. Burial will follow in Oakwood Cemetery. Those planning an expression of sympathy may wish to consider a memorial donation to The Father Fred Foundation, 826 Hastings St., Traverse City, MI 49686. Please feel free to share your thoughts and memories with Pat’s family at www.reynolds-jonkhoff.com. The family is being cared for by the Reynolds-Jonkhoff Funeral Home and Cremation Services.

Patrick William Burden Jr., 65, fell asleep peacefully, December 2, 2015. To his family and friends, he remains sleeping, but we feel certain he is dancing and laughing in Heaven with loved ones that were awaiting his arrival. There is a large... View Obituary & Service Information

The family of Patrick William Burden created this Life Tributes page to make it easy to share your memories.