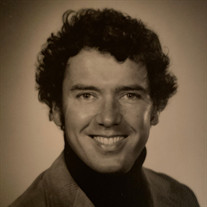 Despite his determination and strong will, Patrick John Tobin, MD died at home surrounded by his beloved family on September 27, just a week after his 81st birthday. Patrick is survived by his high school sweetheart Susie, his wife and best friend of 60 years, and their three children: Jennifer (Bob Haydock), Suzannah (Woody Smith), and Benjamin (Gita Manaktala); grandsons: Arthur Velez, Elliott Smith, and Jai Tobin, as well as step grandsons: Will and Ben Haydock. Patrick was born in 1938 in Bay City, Michigan to Jake and Dorothy Tobin, their second of four children (Ann who predeceased him, Tim and Jack). He graduated from St. Joseph’s High School and went on to the University of Michigan by way of Bay City Junior College (Associate of Science 1958). In Ann Arbor he earned his Doctor of Medicine in 1964, and his lifelong passion for Michigan sports began. Patrick was a member of the Alpha Omega Alpha Society, an honorary medical distinction, impressive in its own right, but especially as a student with three young children. Dr. Tobin interned at Munson Medical Center in 1964/65 and returned to Ann Arbor where he did his residency in Dermatology (1965-68). He was a teaching resident at the University Hospital in his final year. In 1968, Dr. Tobin went to Guam to serve as Lieutenant Commander in the United States Navy. His duties included ministering to soldiers evacuated from Vietnam, as well as practicing dermatology at the US Naval Hospital and at the Guam Memorial Hospital. His family accompanied him for the two-year service term, boonie stomping and snorkeling in their free time. Patrick bought his first of many sailboats while there. He was also the first person on the island to own a pair of bell-bottom Levi’s and the Beatles’ White Album. Patrick and Susie chose to return to Traverse City after the Navy. Dr. Tobin joined the practice of Northwestern Michigan Dermatology in 1970 and was an active staff member of Munson Medical Center. He also had consulting privileges at Traverse City Regional Psychiatric Hospital until it closed in 1989. Traverse City proved to be the perfect place to raise their children and for Patrick to pursue his lifelong love of athletics. Patrick was a member of the National Ski Patrol. He was an avid road biker, mountain biker and Nordic skier, and he trained every Wednesday morning with the Dawn Patrol. He competed in 28 Vasa races. Sailing was a constant love, and Patrick was just as happy racing a Laser as he was crewing for the Chicago-Mackinac race. He served as Commodore of the Grand Traverse Yacht Club in 1977. After Dr. Tobin retired from his private practice in 2005, he maintained his medical license and volunteered his services at the Traverse Health Clinic. Retirement afforded time for other passions: travelling the world with Susie, skiing in the Rocky Mountains and attending his grandsons’ many concerts and sporting events. He was well read and a strong supporter of the Traverse City Film Festival. He also enjoyed researching and acquiring the latest technology. His group of varied friends and medical colleagues respected him for his large, nonjudgmental heart, and for his mentorship of young doctors. Patrick was an avid Democrat who voted and contributed generously without fail throughout his life. There will be a gathering to remember Patrick on Saturday afternoon, December 14th at the Grand Traverse Yacht Club, from 4:00 to 7:00. In lieu of flowers, the family asks that donations be made in Dr. Tobin’s name to Planned Parenthood of Michigan. The family is being cared for by the Reynolds Jonkhoff Funeral Home and Cremation Services.

Despite his determination and strong will, Patrick John Tobin, MD died at home surrounded by his beloved family on September 27, just a week after his 81st birthday. Patrick is survived by his high school sweetheart Susie, his wife and best... View Obituary & Service Information

The family of Patrick J. Tobin MD created this Life Tributes page to make it easy to share your memories.

Despite his determination and strong will, Patrick John Tobin,...