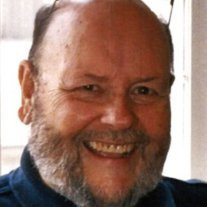 Paul E. Reilly Died October 31, 2013 Traverse City - Paul E. Reilly, 80, of Traverse City, died October 31st at home. Born October 31, 1933, in Moundsville, West Virginia, he was the son of Francis Patrick and Mildred May (Carter) Reilly. He was a graduate of St. Charles High School in 1951, and received his Bachelor of Arts degree from St. Charles Seminary/College in 1955. He attained his Masters of Social Work from Wayne State University in 1963. Paul honorably served in active duty in the United States Air Force from 1956-1960. He was employed as a marriage/family counselor by the Diocese of Grand Rapids in 1967 and by the Diocese of Gaylord from its formation until his retirement in 1995. On July 14, 1962 at Gesu Catholic Church in Detroit, he married Marilyn (Molly) Rohr. In 1967, they moved to Traverse City where they were members of St. Francis Catholic Church and have been active in many of the parish ministries throughout the years. In 2008, Paul moved to Notre Dame, IN, where he was an active member of the Holy Cross Association. Paul is survived by two daughters, Nora M. Reilly and Kathy (Gerry) Hiatt, two sons, Neil J. (Carmen) and John E. (Nancy) Reilly, and six grand children, Betsy and Jack Hiatt, Connor and Noah Reilly, Lana and Erin Reilly, a brother, Brother James P. Reilly CSC, and a sister-in-law, Julia A. Rohr. Friends may call at the Reynolds Jonkhoff Funeral Home on Thursday, November 7th from 6-8pm, where a rosary will be prayed at 7:30pm. Visitation will continue at St. Francis Church on Friday, November 8th from 5-8pm, where a scripture service will take place at 7:00pm. A funeral Mass will be celebrated on Saturday, November 9th at 11:00am. Graveside Services will follow at 1:30 P.M. at Oakwood Catholic Cemetery with full Military Honors under the auspices of the Cherryland V.F.W. Post 2780 . In remembrance, memorials may be directed to the Grand Traverse Area Right to Life. Kindly share your memories with the family on their online guest book at www.reynolds-jonkhoff.com. Arrangements were made with the Reynolds-Jonkhoff Funeral Home and Cremation Services.

The family of Paul Edwin Reilly created this Life Tributes page to make it easy to share your memories.