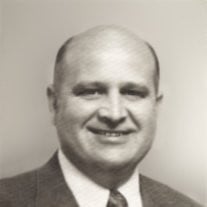 Richard Charles Gove, 80, of Traverse City died Thursday, February 28, 2013 at Munson Medical Center in Traverse City. Dick was born on Tuesday, May 17, 1932 to the late Irene (Koch) and Michael Gove in Cleveland, OH. Following his high school education, Dick earned his Bachelors Degree at Miami Univeristy in Oxford, OH. He proudly served our country as a member of the U. S. Army during the Korean Conflict, serving from 1950 until 1952, having been discharged at the rank of Cpl (T). On Saturday, December 27, 1958, Dick married the former Margaret Louise Hall at a ceremony in Gettysburg, PA. Retiring in 1989 as the Zone Vice President for Marketing for Dow Chemical Company, Dick and Margaret lived in many areas of the country due to his work. In his off time, Dick loved fishing, golfing, and tennis, as well as downhill and cross-country skiing. He was an active participant in many organizations: Past President of the Midland Country Club, Past President of the Trappers Lodge Condo Association at Shanty Creek, Past President of SCORE which he worked with for 14 years. He was a member of the Business Advisory Group for NMC, a member of the Traverse City Golf and Country Club, the Elks Club, The Economic Club and a member of First Congregational Church. Dick also volunteered at Probate Court as a conservator for many individuals. He also served on the Restorative Justices Citizens Panel, which was one of many ways he helped others achieve. Dick especially enjoyed working out at Priemier Fitness with his "Zipper Chest" group. Dick is survived by his wife Margaret "Peg" of Traverse City, his children, Richard Charles (Amanda) Gove, Jr. of Atlanta, GA, Kimberly Gove Arbury of Midland, his grandson, whom he affectionately called the Crown Prince, Richard Anderson Arbury of Midland and a sister, Kathy (Don) DuPont of Chicago. He is also survived by his many, many friends who will miss his positive, uplifting attitude. He was preceded in death by his parents. A Service of Celebrating Dick's life will be held on his birthday, Friday, May 17, 2013, beginning at 1 PM at First Congregational Church, Traverse City. Friends may greet the family beginning at 12 noon. Burial will be in the Garden of Remembrance at First Congregational Church. Memorial contributions may be directed to a scholarship being established in Dick's name at NMC or to Habitat for Humanity. Please share your memories, stories and photos of Dick by way of his online guest book/tribute wall at www.reynolds-jonkhoff.com. The family is being served by the Reynolds-Jonkhoff Funeral Home and Cremation Services.

The family of Richard Charles Gove created this Life Tributes page to make it easy to share your memories.