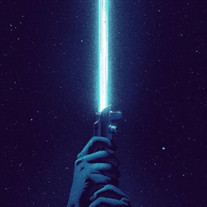 Richard Pauly of Traverse City passed away on March 27th with his caring and loving wife, Mary, by his side. Rick faced his incurable, progressive and painful disease, Amyloidosis, with dignity, acceptance, good humor and love for those close to him. Born in Richmond, Virginia, on July 18, 1941, to Barbara and Mel Pauly, Rick lived in New England until 1951 when his family moved to Cincinnati. Rick’s special relationship with animals was evident in his early life, bringing collies, mutts, and a husky to his side; they were followed by many other dogs, especially labs and golden retrievers. His beloved labradoodles were constant companions during his long illness. An affinity for water and boats began when Rick was in high school; he took his friends and family water skiing on the Ohio River and Lake Huron. After vacationing in Michigan for years, that affinity eventually pulled Rick and his young family to Michigan permanently, where he lived in Suttons Bay and then Traverse City. A devoted father, Rick cherished the many hours with his sons. Rick enjoyed being outdoors, not only in the water with sailing, canoeing, kayaking and swimming, but also on land with running, hiking, biking, and cross-country skiing. An interest in birds inspired him to build birdhouses for his parents living at the Brigadoon. While an outdoor person, Rick also was an avid reader and always had a book to recommend. Becoming a master wood craftsman brought him great pleasure and he was rightly proud of the canoes he built. Upon graduating from Ohio Wesleyan with a major in economics, Rick worked for Hill and Company in Cincinnati. After moving to Suttons Bay, he started his own financial investment firm, Securities Time Management. Wherever he was or whatever he did -- high school, college, work, building canoes, working out at the gym -- Rick made life-long friends. Rick is survived by his wife, Mary Pauly; his children Craig Pauly, Brad Pauly, David Graves, and Elizabeth (Graves) Douglas (Robert); his grandchildren, Lauren and Morgan Pauly and Stevie Jane Douglas; his sister, Sue Pauly Roy (Tom); and his nephews, Graham Roy (Jennie) and Carter Roy. He is also survived by his loyal friends. If you would like to honor Rick’s life, please consider a donation to Silver Muzzle Cottage in his memory. Donations can be mailed to SMC, 3785 Rice Road NW, Rapid City, Michigan 49676. Due to the global circumstances, a gathering will be held at a later date to honor Rick. Rick and his family are being cared for by the Reynolds Jonkhoff Funeral Home and Cremation Services. May The Force Be With You!

Richard Pauly of Traverse City passed away on March 27th with his caring and loving wife, Mary, by his side. Rick faced his incurable, progressive and painful disease, Amyloidosis, with dignity, acceptance, good humor and love for those close... View Obituary & Service Information

The family of Richard 'Rick' Pauly created this Life Tributes page to make it easy to share your memories.

Richard Pauly of Traverse City passed away on March 27th with...