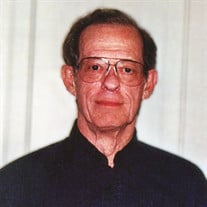 Richard George "Dick" Whiting, Jr., 81, of Traverse City, died Sunday, June 12, 2016 at Water's Edge Senior Care in Traverse City. Dick was born on Tuesday, October 30, 1934 to the late Richard and Evelyn (Tarchinski) Whiting, Sr. in Traverse City, MI. He attended Traverse City Schools and following graduation, continued his education at Michigan State University where he earned his bachelor’s degree in international economics. In November of 1956, he married the love of his life, Sandra Champney in Traverse City, who passed March of 1997. Dick was a real estate appraiser, owning R Whiting Associates; however his passions were with his local community. He really enjoyed downhill skiing and was instrumental in the development of Hickory Hills. He was a ski instructor with Stein Erikson at Boyne Mountain and also taught at Crystal Mountain, Shanty Creek, and Hickory Hills. Serving on the National Ski Patrol for 27 years, Dick was a regional and local director. Alongside the Traverse City Board of Review and Planning Commission Dick directed and formed the first March of Dimes walk-a-thon for Traverse City, he also was responsible for the first Central Neighborhood Association. Dick loved his British cars, and was a long time member/ founder of the local British Car Club. A member of The Optimist Club, Dick was an independent, free spirit. He once said he was going to take a ride and ended up in Alaska. He loved to go on long drives and travel with his late wife Sandy, and since her death, took along his dog Jacque. Dick is survived by his sons, Carter (Vicki) of Norton Shores, Jeffrey (Lisa), Kevin (Toni) and Mark (Beth), all of Traverse City; 17 grandchildren, 3 great grandchildren; brother Howard (Mary) of Vancouver, WA and sisters Joan Horsley of Nevada and Julie Whiting of Traverse City. He was preceded in death by his parents, his wife Sandy and his brother Bill. Visitation for Dick will take place Thursday, June 16th from 5 p.m. until 8 p.m. at The Reynolds-Jonkhoff Funeral Home. A Celebration of Dick's life will take place at Holiday Hills on July 11 from 5 until 8 p.m. The family has asked that Dick be remembered through memorial contributions to Preserve Hickory, 233 N. Madison St., Traverse City, MI 49684 or online at preservehickory.com

The family of Richard George Whiting, Jr. created this Life Tributes page to make it easy to share your memories.