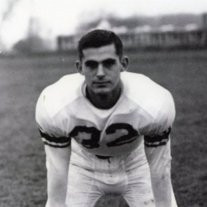 Richard “Dick” Mayhew Hulbert, 72 of Williamsburg, passed away peacefully on Friday, March 8, 2013 at his home with his loving wife at his side. Dick was born on July 14, 1940 in Detroit to the late Cassius “Cash” and Rhea (Mayhew) Hulbert. He married his high school sweetheart Kathleen “Beannie” S. Galligan on September 17, 1960 in Elk Rapids. Dick worked for UPS and started his career delivering packages to the Traverse City area. After a few years he was promoted to manager in the Ironwood area. Following retirement Dick and Beannie enjoyed traveling all over. They moved to Florida, and eventually moved back to Michigan wintered in Arizona. In Arizona they liked to go on hikes, off road and spend time with their family. They also have very fond memories of their time spent in Florida both playing and watching baseball and especially going to the Disney and Epcot Parks. Dick liked baseball, trap and skeet shooting, softball, hunting and fishing. Also, he was a member at Christ the King Catholic Church. Dick was a wonderful husband, father, grandfather and friend. He will truly be missed by all who knew him. Surviving Dick is his wife Beannie, children Richard W. Hulbert, Lee (Linda) R. Hulbert, grandchildren, Treasure (Ryan), Corey, Jessica, Shannon, Brandi (Brett), Kirk, great grandchildren Brynlee, Brady, Jordon, Evan, a brother Gordon Hulbert and many other loving family members and friends. Dick is preceded in death by his parents and his sister Janice. Visitation for Richard will be held at the Reynolds-Jonkhoff Funeral Home on Thursday, March 14,2013 from 4-7pm. Funeral services will take place on Friday, March 15, 2013 also at the funeral home at 1pm. Memorial contributions may be directed to a charity of one’s choice. Burial will take place at Acme Township cemetery at a later time.

Richard “Dick” Mayhew Hulbert, 72 of Williamsburg, passed away peacefully on Friday, March 8, 2013 at his home with his loving wife at his side. Dick was born on July 14, 1940 in Detroit to the late Cassius “Cash” and Rhea (Mayhew) Hulbert.... View Obituary & Service Information

The family of Richard "Dick" Mayhew Hulbert created this Life Tributes page to make it easy to share your memories.