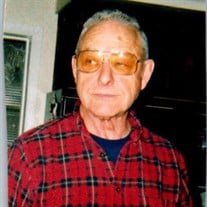 Robert “Bob” Roush died at his home from kidney failure, on Thursday, April 14, 2022. Bob was born on January 19, 1930 in Traverse City to the late Wilson “Pete” and Hazel Roush. He was the fifth in line from the top of 15 kids. He is survived by siblings Esther Plowman, Lewis (Marcella) Roush, Leonard Roush, George (Pat) Roush, Jane Rinehart and Floyd Roush. Siblings that preceded him in death were; Harry Roush, Louise Fasel, William Roush, Harold Roush, Francis Roush, Alfred Roush, Helen Bush, and Donald Roush. Bob was married to his first wife Mary, for 60 years. She preceded him in death on Jan. 25, 2001. He found love again, and married Gwendolyn on Dec. 12, 2003. Bob is survived by his loving wife of 18 years, Gwendolyn, his two sons; Robert C. Roush and Kevin James (Deb) Roush, step-children; Bobbi Jo M. Babik, Mark A. Thomas and a former daughter-in-law; Denice Danials. Also surviving are grandchildren; Jeremy (Kathryn) Roush, Matt (Cheryl) Roush, Alyssa (Donald) Fast, Hayden Brunett, Madison Fast, Kaylin Babik, Leah Babik, Thomas “TJ” Babik and Reyann Jenson, as well as great-grandchildren; Madelyn Roush, Irelyn Roush and Reaghan Henderson. Bob was a butcher by trade for many years. He worked at Sleder’s, Oleson’s Food Stores and their buffalo farm for 58 ½ years, as well as Louie’s Meats off and on for 20 years. Bob was an avid two-step dancer and loved to teach the ladies to dance. In fact, he met his wife Gwen at the Hayloft Restaurant where she worked and they danced the weekends away while his favorite band, 2 Old Broads & 3 Buddies, played. He was a gentle man and a jack of all trades. He did everything when people needed him. Bob gave his all. He will be greatly missed by all. He is leaving behind so many cousins, nieces, nephews and friends. In accordance with his wishes, there will be no funeral. The family would like to thank Dr. Elliot, Dr. Aaron Heindl, Dr. Jon Stanifer and Dr. Eric Howell for taking such good care of him all these years. We would also like to thank all the people from Munson Hospice for taking care of him in the last hard times. You have all been so wonderful. Please feel free to share your thoughts and memories with Bob’s family at his tribute page at www.reynolds-jonkhoff.com. The family is being cared for by the Reynolds-Jonkhoff Funeral Home and Cremation Services.

The family of Robert "Bob" Lewis Roush created this Life Tributes page to make it easy to share your memories.

Robert “Bob” Roush died at his home from kidney failure, on Thursday,...