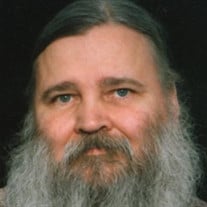 Robert (Bob) Emmett FRANKFORT—Robert Charles Emmett, 68, died February 9, 2015. Bob is survived by his parents, Miriam Grist Emmett and Charles Emmett of Coventry, RI; his wife and friend of 35 years, Doreen (Dodie) Fitzgerald, his son, Jon Emmett and grandchildren, Madeline, Layla, and Alonzo of Floyd, VA; brothers William Emmett (Merylene) of Coventry and their daughters Tara and Shana, and Barry Emmett (Sandi) of Billings, MT; and Barry’s son Brandon (Allison) of Fairbanks, AK. After meeting Dodie in Alaska, Bob offered generous friendship and love to her children and step-children from two previous marriages: her daughter Jenny Rogers (Lee Perry Belleau) and Jenny’s children, Matthew and Emily Rogers, Rachel Borjesson, and Rachel’s son, Benjamin Cash, all of Port Huron, MI; son, Ben Rogers (Piros Gorog) of Fairbanks, AK, and Ben’s son, Noah Rogers of Saratoga CA; and, Dodie’s step-children and their families: Peter Toal of Flushing, MI; Chris Toal (Rosalie), Pam Toal; David Toal (Val) and Mike Toal (Janice), all of Washington state. Bob was born in Providence, Rhode Island, where he spent his early years and graduated from college. While attending graduate school there, he was drafted during the Vietnam War and served in the Army for three years. His tour in Vietnam included working as medic; he received a bronze star medal. His extended illnesses were associated with exposure to the herbicide Agent Orange. Along with family, Bob loved Alaska, blues music, dogs, fishing, and American history. Before his illness began in the 1990s, he completed his coursework and examinations for a Ph.D. in history, at Michigan State University, where he specialized in labor history. The subject of his uncompleted dissertation was early working class history in Alaska, where he lived, at Fairbanks for 39 years. He was an avid Spartan and Red Sox fan. In accordance with Bob’s wishes, a party with live blues music will be held on the anniversary of his birth, July 4, 2015, at the Cabbage Shed in Elberta, Michigan. His remains will be returned to his fishing rivers in Alaska, where he will also be remembered with a planting and plaque at the University of Alaska Fairbanks Georgeson Botanical Garden. The family extends special thanks to Bob’s caregiver, Jane Chevalia of Honor, MI, her son, Cody, and their friend David Killian, all of whom helped Bob enjoy his final years. Dodie also thanks everyone in the area who has offered their friendship and care since she and Bob arrived in 2008.

The family of Robert Charles Emmett created this Life Tributes page to make it easy to share your memories.