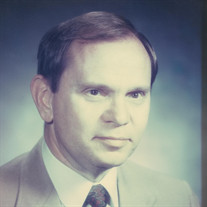 Robert “Bob” Charles King, 81, of Maple City, passed away on December 31, 2021. Robert was born on September 28, 1940 in Jackson MI, to the late Ernest J. and Iona Mae (Sigman) King. Bob had 3 children with his first wife, Judith “Judy” (Trotter) King and considered his children to be “the pride of his life.” He later enjoyed more than 40 years of marriage to Margaret “Peggy” King, who passed away in October 2021. After graduating from Jackson High School, Bob earned a degree in accounting from Western Michigan University. He immediately began a long career at CMS Energy at their Jackson headquarters, retiring in 1996. Bob played an instrumental role in computerizing their payroll department in the late 1960s, quickly becoming an early and skilled computer user. Bob had a passion for family, the University of Michigan, woodworking, and music. As a Wolverine football season ticket holder for over 20 years, he attended games together with his siblings. Later in life, he enjoyed watching Wolverine football and basketball games on TV with family members. Bob considered his children to be “the pride of his life”. He enjoyed attending grandchildren’s sporting, music and other school events. Together with Peggy, he enjoyed hosting family gatherings, whether at the family cottage on Farwell Lake, their home in Jackson, or in later years, their home in Maple City. After building his dream home in Leelanau County, Bob spent many years creating a wide variety of projects in his workshop. Bob also deeply loved music. It was a pursuit he came to study and appreciate in his retirement, but like anything he did, when he took it on, he did so comprehensively. He took private vocal lessons and enjoyed self-study of other instruments to support it. He was a member of the Cherry Capital Chorus, the Timber Tones at Timber Pines in Florida, the St. Frances Xavier Cabrini church choir (Spring Hill, FL), and the St. Michael the Archangel church choir (Hudson, FL). As much as Bob had an unrelenting attention to detail and quality–always evident in his woodworking or his household projects, he always brought an eminent sense of humor to any situation. Often disarmingly dry, his jokes never failed to make you take a second glance at him, where you would inevitably see a poorly-hid, half-grin remind you that, yes, he was joking. Bob is survived by his children, Julie (Dan) Larson, Kristy (Bryan) Burns, Robert “Craig” (Karen) King; step-children Kristen (Dave) Baer and Todd Beauchamp; grandchildren Sarah, David, Leah, Kaitlyn, Geoffrey, Maire, Rachel, Patrick, Katie, Grace, Drew, Jake, Kelsey, and Trey; great-grandchildren Gardner and Lailah; sister-in-law Pat King, and many other loving family members and friends. Bob is preceded in death by his wife Peggy, his parents, and his siblings Ray King, Lorraine (Norman) Campbell, and Richard “Dick” King. Bob’s sister-in-law Lucille King recently passed away, January 4, 2021. The family would like to thank Bright Star Care, Heartland Hospice and the Northport Highlands staff for their kind and compassionate care for Bob in his last weeks of life. Mass of Christian Burial will take place Saturday, January 15, 11:00 AM, at St Philip Neri Church in Empire. Visitation will begin at 10:00 AM and continue until the time of service. In lieu of flowers, the family requests donations in Bob’s honor be made to St Philip Neri Church, 11411 S. Lacore Road, Empire MI 49630 or the Rinne Lewy Body Dementia Initiative, administered through The University of Michigan Alzheimer’s Disease Center, 2101 Commonwealth Blvd., Suite D, Ann Arbor, MI 48105 or online at https://leadersandbest.umich.edu/find/#!/mimed/mimed/madc. Kindly share thoughts and memories with his family at www.reynolds-jonkhoff.com.

The family of Robert Charles King created this Life Tributes page to make it easy to share your memories.