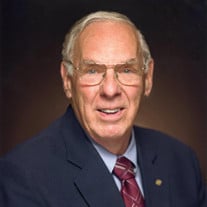 Robert “Bob” Witkop, 82, of Traverse City passed away October 1, 2021. Bob was born on March 12th, 1939, in Frankfort, Michigan. He was a lifelong resident of Traverse City and wintered with his wife Ann in Casa Grande, Arizona. Bob was a graduate of Bear Lake High School and went on to serve honorably in the United States Army from 1962-1968. He completed his Bachelor’s degree with honors at Michigan State and then earned his Juris Doctorate from Wayne State University in 1972. Upon graduation, he returned home to Traverse City where he established his law practice serving his clients with integrity and respect to his law profession for over 40 years. He was admitted to the US Tax Court, the Michigan State Supreme Court, and the US Supreme Court. On May 31st, 1975, Bob married Ann Hageman-Deering and together they lovingly raised 5 daughters. They were both active and longtime members of the First Congregational Church in Traverse City. While developing a successful Law Practice, Bob recognized the importance of being actively involved in his community. He joined the Rotary in 1988 and was immensely proud of his perfect attendance over 33 years of service. His involvement included several key projects; the Rotary Show, ringing bells for the Salvation Army, the Rotary Safety Committee and the annual Tag Day event which raised money for disadvantaged people in the community. He also served as a member of the Audit, Finance and Land Committees and their sister organization the Rotary Camps as a board member from 1995-2003 and 2004-2013. In addition to Rotary, Bob served on the TBA Credit Union Board of Directors for 37 years, including a term as President. He was actively involved with many other local charities including President of The Traverse City Jaycees. Bob’s love for aviation led to his active involvement beginning in 1988 with the EAA (Experimental Aircraft Association). He served as Treasurer from 2001-2010. Many members of the Traverse City aviation community joined him for the popular destination “fly in” breakfast events, known as Bob’s Breakfast Bunch (BBB). He never missed a chance to visit the Oshkosh, WI. Air Show and was a strong supporter of the Wings of Mercy. Bob is survived by his wife Ann, daughters Wendy (Randy) Witkop, Jane Deering (Matthew) Zimmerman, Nancy Deering (Edward) Sands, Carolyn Deering (Tobin) Decker, 9 grandchildren, 2 great grandchildren, sister Mary Lou (Patrick) Ryan, 2 nephews and adopted daughter Kris Witkop. He was preceded in death by a daughter, Christy (Deering) Kuhnke. Visitation will take place on Sunday October 10, 2021, from 2-6pm at the Reynolds Jonkhoff Funeral Home. A funeral service will take place on Monday October 11, 2021, at 3:00pm with visitation one hour prior also at Reynolds Jonkhoff. Bob will be laid to rest surrounded by immediate family at Grand Traverse Memorial Gardens. Bob’s family would like to encourage memorials in his honor be made to First Congregational Church Community Children’s Center, Wings of Mercy, or Child & Family Services of Northwestern Michigan. Bob and his family are being cared for by the Reynolds-Jonkhoff Funeral Home.

The family of Robert "Bob" Witkop created this Life Tributes page to make it easy to share your memories.