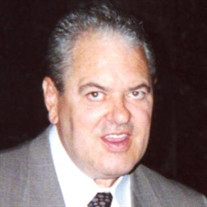 Rodney Dean Wells, age 76, of Traverse City passed away peacefully at Hospice House on September 27, 2019. He waged a long and courageous battle with both Parkinson’s Disease and Cancer. His strength, dignity, and positive attitude were admired by all that knew him. Rodney was born in Detroit on May 13, 1943 to the late Farris and Elizabeth (Harker) Wells. He attended East Detroit High School and then served in the United States National Guard during the Vietnam War. He was active in the Detroit Riots in the summer of 1967. After serving in the National Guard and attending Macomb Community College, Rodney married his sweetheart June (Killen) Wells on February 17, 1968. In 1972, Rodney accepted a position as Plant Engineer at Chef Pierre in Traverse City, and moved “Up North”. Rodney raised his family in Traverse City, and had an outstanding career in food manufacturing for nearly 40 years. He was with Chef Pierre, which eventually became Sara Lee Bakery, for 36 years. While working, Rodney never missed one day of work for illness and was commended for this achievement at his retirement in 2008. Rodney also owned and operated Leasewell Inc. a commercial property management business that he began in 1989. In his free time he enjoyed boating, skiing, and spending time with his family. Rodney is survived by his wife of 51 years June, daughter Meredith (Garrett) Hawes, son Ryan Wells and daughter Megan (Scott) Wick, grandsons; Hunter Hawes, Parker Wick, Beckett Hawes, Ronin Wells, Hudson Wick, and Anders Wick, sisters; Anita Bloink of Grosse Pointe Shores and Kerry Latour of Eastpointe, and many nieces and nephews. Visitation will be held on Friday October 11, 2019 from 5 to 7 pm at the Reynolds Jonkhoff Funeral Home. The funeral service celebrating and honoring Rodney's life will be held on Saturday, October 12, 2019 at 11:00 am with visitation one hour prior also at the funeral home. Memorial contributions in his honor may be directed to Munson Hospice House https://www.munsonhealthcare.org, Parkinson’s Network North https://www.parkinsonsnetworknorth.org or St. Jude’s Children’s Hospital www.stjude.org

Rodney Dean Wells, age 76, of Traverse City passed away peacefully at Hospice House on September 27, 2019. He waged a long and courageous battle with both Parkinson&#8217;s Disease and Cancer. His strength, dignity, and positive attitude were... View Obituary & Service Information

The family of Rodney Dean Wells created this Life Tributes page to make it easy to share your memories.