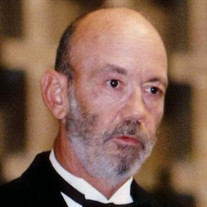 Ronald R. (Rick) Weiler, a long time resident of Traverse City, MI, passed away peacefully early in the morning on December 9, 2016 at Warner Robins Rehabilitation Center in Warner Robins, GA. He was 71 years old. Rick was the son of former Grand Traverse County Sheriff, Richard P. Weiler. A 1963 graduate of St. Francis High School, he played trumpet in the school band and played many sports, including Varsity Football, for all four years of High School. Rick earned his Associate of Arts Degree from Northwestern Michigan College in 1969, his Bachelor of Science Degree in Law Enforcement from Ferris State College in 1975, and his Master of Science Degree in Criminal Justice and Police Administration from Michigan State University. He was a member of St. Francis of Assisi Parish, where the Weiler family had attended Mass for decades. He was also very active and visible in the greater Traverse City community as a long-time public servant. Rick rose to the rank of Sergeant in the Grand Traverse County Sheriff’s Department, Asst. County Fire Chief in the Fire Department, and also served in the marine patrol. He saved countless lives during this time in his career. In 1981, he moved to Adrian, Michigan, where he served as Undersheriff of Lenawee County. In 1986, the Weiler family returned to Traverse City where Rick continued his public service with the City of Traverse City in several departments. Rick retired in 2003 and moved to Georgia, where he spent his days in the southern sun with his wife and daughter. Rick was dedicated to his faith, his family and his passion for ministry through music. He never hesitated to help someone in need, and carried a true desire and talent for making others laugh. Rick was rarely without his guitar, and always wanted to share a song with those around him. A man of the outdoors, he enjoyed fishing, hunting and working in the yard with his children. Rick was preceded in death by his father, Richard Paul Weiler, mother Grace V. Weiler, sister Karolyn Rice, and son William C. (Bill) Weiler. He is survived by his wife of 45 years, Nancy L. (Tanis) Weiler; sister Suzanne Weiler (Mark Sanders), son Richard Peck, daughter Paula (Weiler) Waldron (Brandon), son Ronald R. Weiler II (Theresa), and grandchildren Ronald Richard III, Maria Grace, Lauralee Joy, and Christiana Conrad Weiler. A memorial service will be held Saturday, January 7, 2017 at 11 a.m. at Reynolds-Jonkhoff Funeral Home, with visitation beginning at 10 a.m. Tim Moeggenberg will officiate services.

The family of Ronald Richard Weiler created this Life Tributes page to make it easy to share your memories.