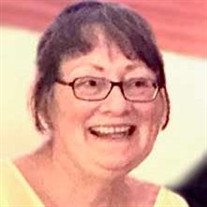 Ruth Ellen Houston, 71, beloved wife, mother, grandmother and sister passed away peacefully on Wednesday, August 25, 2021 at her home. Ruth Belknap was born on December 17, 1949 in Kayero, Burundi, Africa to the late George and Peggy (Ford) Belknap. She was married to the love of her life, Gene L. Houston, on May 3, 1969 in Traverse City. They were married by Ruth’s father, Rev. George Belknap. Gene preceded her in death on August 5, 2015. Growing up the daughter of missionaries, Ruth spent her early years in Africa. She attended Rift Valley Academy. Moving back to Traverse City before her senior year, Ruth graduated from Traverse City Senior High School. Ruth’s faith was very strong, she loved to study the Bible, she had countless notes she took from her different study groups and ministers she listen to, including Billy Graham and Robert Jeffress. In her spare time, Ruth enjoyed being outside, tending to her flowers and feeding the array of birds that visited her garden. She loved her pets; she had many German Shepherd and cats over the years. Above all, spending time with her family was her greatest joy. Ruth is survived by her two loving sons, Jon Houston and Jim Houston, and her beloved grandson, Jaydynn Houston. Also surviving are two sisters and a brother; Martha Belknap, Helen Wright and George (Alice) Belknap as well as many nieces and nephews. A funeral service honoring Ruth will take place at 11:00 a.m., with visitation starting at 10:00 a.m., on Monday, August 30, 2021 at the Reynolds-Jonkhoff Funeral Home, 305 Sixth St., Traverse City, Michigan 49684. Rev. Wesley Rowe will officiate. Burial will follow in Oakwood Cemetery. Those planning an expression of sympathy may wish to consider a memorial donation to Dr. Robert Jeffress – Pathway to Victory. Please feel free to share your thoughts and memories with Ruth’s family at her tribute page at www.reynolds-jonkhoff.com. The family is being cared for by the Reynolds-Jonkhoff Funeral Home and Cremation Services.

The family of Ruth Ellen Houston created this Life Tributes page to make it easy to share your memories.