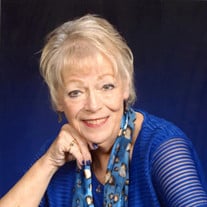 Sandra Kaye Yerke Altemann, 69, passed away August 29, 2020. Sandra was born in Detroit, Sept. 17, 1950. Sandra graduated from Henry Ford High School in Detroit, completed her Baccalaureate degree at Eastern Michigan University and earned her Master’s degree through Oakland University. Sandra was a proud a teacher and longtime advocate within, and for the public school system. Her 30-plus year career teaching English began in the Peck School District, followed by the Troy School District. Sandra also served as the Yearbook Advisor, winning awards at the state and national levels for publications of the Troy High School Yearbook, the Gladiator. Being an educator was her life’s greatest work, even into retirement. At the time surrounding her passing she was leading a book club discussion on her favorite novel, Harper Lee’s To Kill a Mocking Bird. Sandra married Chris Altemann on June 27, 1981 in Orchard Lake, MI. The couple welcomed two beloved children. Sandra played an active role in her children’s lives, cheering them on in any activity possible, even if it meant grading papers at a soccer game. Sandra loved to travel – domestically and internationally – a joy she shared with her family and passed on to her children. Sandra was a diligent church member. She enjoyed being part of a faith family, serving on Church Council, participating in bible study and fellowship, and singing in the church choir. Above all, Sandra stood up for what she believed in no matter the situation. She was hopeful for a world with care for all humanity at its core. Sandra leaves behind her husband Chris Altemann; beloved children Andrew and Ashleigh Altemann; brother Eric (Barb) Yerke; niece Rachel Yerke; her canine confidant Shirley; as well as extended family members and friends. She was preceded in death by her parents, Reuben and Mary (Johnson) Yerke. Sandra will be laid to rest in the Suttons Bay Lutheran Cemetery. A memorial service will be announced to be held at a safer time in 2021. Memorial contributions in Sandra’s honor may be directed to the Immanuel Lutheran Church of Suttons Bay, c/o Building Fund or to Abiding Presence Lutheran Church of Rochester Hills. Please share a memory or condolence at www.reynolds-jonkhoff.com

The family of Sandra K. Altemann created this Life Tributes page to make it easy to share your memories.