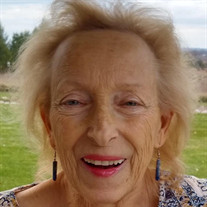 Shirley Suzanne Summers, 74, of Traverse City, lost her battle with cancer on July 29, 2021, surrounded by family and enveloped with love, in her home. Shirley was born in Dearborn on January 9, 1947, to the late Bernard & Shirley (Bojda) Parafin. She was active in girl scouts, and took piano lessons for 8 years. Her parents hoped she would grow up to be a concert pianist, but it was not her destiny. Shirley attended Michigan State University (MSU) from 1965-1969, graduating with a B.A. in Psychology. She was proud to be the first person in her extended family to graduate from college. Horses held a special place in Shirley’s heart. She became an accomplished rider, and in 1969 she worked at Camp Wathana in Milford, Michigan, teaching horseback riding to teens. In the fall of 1969, she re-enrolled at MSU, earning her M.A. in Counseling in 1971. She married the late Harold W. Quigley II (Quig) in 1971, and they remained in the Lansing area as Shirley found work as a L.P.C. from 1971-1975. Beginning in 1975, Shirley devoted herself to the role of homemaker. Shirley and Quig had 3 children: Sara, and twins Sandra and Matthew. In 1979 the family moved to Traverse City. Shirley was a Licensed Daycare Provider from 1981-1985. She also became very involved in 4-H, leading groups for entomology (the study of insects) for 4 years. In 1989, Shirley resumed her counseling career at Antrim County Community Mental Health (CMH) in Kalkaska, and 1 year later, transitioned to Northern Lakes CMH in Traverse City. While out hunting for morel mushrooms in the spring of 1994, Shirley met Dennis Sanderson, who was to become her second husband many years later in 2008. She retired in 2009, after 20 rewarding years of social work at CMH. Shirley is proud to have helped many clients and made many friends in the community. Ever a nature-lover, in her later years Shirley became an avid gardener. She loved and cared for over 20 gardens in her yard with hundreds of varieties of carefully selected perennials, strategically placed to paint pictures with colors. Daisies were her favorite flower, followed closely by iris and lilies. She loved to have friends and family over, and would give tours of her gardens in her golf car, offering to make bouquets or even dig up bulbs for anyone who fell in love with a particular flower. Bird watching was another favorite pastime, and she especially enjoyed her hummingbirds, which would buzz around her head when she refilled the hummingbird feeders with nectar. Shirley was preceded in death by her parents, newborn son Christopher, her first husband, several beloved aunts & uncles, her sister-in-law Connie Overby, and her life-long best friend Colleen Moore Lucas. Shirley is survived by her husband, Dennis Sanderson of Traverse City, sister Tessalin Green of Boulder, Colorado, daughter Sara (Jairo Montenegro) Quigley who lives abroad, daughter Sandra (Edward) Potrafke of Traverse City, son Matthew Quigley of Kingsley, and cousins Richard (Sharon) Flake, Mark (Gayle) Grech, Claudia (Michael) Rizzi, Sharon (John) Sakowicz, and Jerry (Marybeth) Falat. Also missing Shirley are her four beloved grandchildren: Matthew Quigley Jr., and Alex, Reagan, and Jaxon Potrafke. A celebration of life gathering will take place Saturday, August 7, 2021 from 2-4pm at Reynolds-Jonkhoff Funeral Home, located at 305 Sixth Street, Traverse City, Michigan. In lieu of flowers, memorial contributions may be made to: Grand Traverse Regional Land Conservancy (www.gtrlc.org) or the Cherryland Humane Society (www.cherrylandhumane.org). Special thanks to: Hospice of Michigan care team, Munson Medical Center Oncology Unit, Cowell Cancer Center, the Spirit Sisters, and the extensive support system of family, friends, and neighbors. The family is being served by Reynolds-Jonkhoff Funeral Home, www.reynolds-jonkhoff.com

Shirley Suzanne Summers, 74, of Traverse City, lost her battle with cancer on July 29, 2021, surrounded by family and enveloped with love, in her home. Shirley was born in Dearborn on January 9, 1947, to the late Bernard & Shirley (Bojda) Parafin.... View Obituary & Service Information

The family of Shirley Suzanne Summers created this Life Tributes page to make it easy to share your memories.