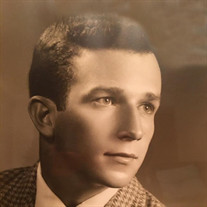 Franklin Ames (Steve) Morse II of Traverse City passed away in his home on September 3, 2020 after a 4 month long battle with lung cancer. He was surrounded by family, music, and poetry in his final hours. Steve was born to Franklin and Claire (Treat) Morse on July 3, 1935 in South Bend, Indiana. Steve attended Adams High School in South Bend and graduated from Asheville Prep School in North Carolina. He received a BA from Williams College in 1957. After graduation, he attended The Wharton School and Sacred Heart of the Novitiate for one year each before deciding to pursue a career in law. In 1964, Steve received a JD from the University of Notre Dame Law School. Steve was a partner of Barnes and Thornburg, practicing civil litigation from 1966-1996. His long history with the ACLU began in 1988 as a member of the Screening Committee. He served as a Staff Attorney and member of the State Board of Directors in Indiana. He was presented with the ACLU’s Distinguished Service Award in 1993. Steve was also an adjunct professor of law at Notre Dame Law School from 1996-1999 and served as a Supervising attorney at the Notre Dame Legal Aid Clinic. Steve moved to his beloved Northern Michigan in 1999 where he became a member of the Staff of Legal Services of Northwest Michigan in Traverse City, a nonprofit law firm that offers free legal services to low-income and elderly clients. He continued his service to the ACLU in Northwestern Michigan and held numerous positions on the Board of Directors, including President, for over a decade. It is here in Northern Michigan where Steve found his passions for life. He was an accomplished photographer and lover of art. He was an avid reader and student of history, philosophy, human nature and baseball. He honed his research and writing skills and became a prolific essayist. Steve loved poetry and enjoyed sharing his favorites with family and friends. His deep belief in peace and human dignity led him to not only acknowledge an injustice but to get involved to create change. He also loved animals and found great companionship with his pets. Steve married Judith (Sheehan) Morse on August 17, 1963 and they were married for 20 years. Together they had six children; Mary Claire (Tim) Galloway, Molly Morse, Stephen (Kristina) Morse, Francie (Brian) Burkhard, Peter and Michael Morse. Steve had 14 grandchildren; Kadi, Courtney, Riley, Luke, Sam, Marijane, Molly, Nicole, Lauren, Maggie, Ruby, Calvin, Gus and Edie and 4 great grandchildren; Sabine, Jonah, Hudson and Hazel. He was preceded in death by his parents Franklin and Claire, by his step mother Lucille (Zimmer) Morse and by his cherished Labradoodle, Carson and his feline companion, Tigger. Steve is survived by his brother, Charles Morse, his sister, Kitty Duncan, his children, grandchildren, great grandchildren and many nieces and nephews. He leaves behind his close friends Terri, Jim, Cori and Sally as well as his cohorts in activism, nicknamed “The Pod”. Donations can be made to the ACLU of Michigan Northwestern Branch or Cherryland Humane Society, Traverse City, Michigan.

Franklin Ames (Steve) Morse II of Traverse City passed away in his home on September 3, 2020 after a 4 month long battle with lung cancer. He was surrounded by family, music, and poetry in his final hours. Steve was born to Franklin and Claire... View Obituary & Service Information

The family of Steve A. Morse created this Life Tributes page to make it easy to share your memories.