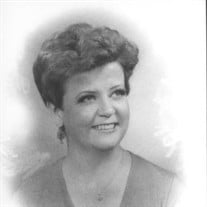 Susan Elizabeth Berglund (nee Emerick, nee Collins) of Traverse City, formerly of Levering, Michigan, passed away on February 11. August 30, 1941 - February 11, 2021 Sue was born in Chicago, Illinois. The only child of Dorothy (nee Burgess) and Fredrick Emerick, she was doted on. Sue was a street smart, north shore Chicago city girl with a heart and personality to match, and she was very comfortable on the EL, a bus, or walking throughout the city. As an early latchkey kid, she sometimes went to the library or her ballet and piano lessons by herself. Sue often traveled by train to Maine to visit her mother’s family and loved the ocean. Sue graduated from Sullivan High School in 1959 and attended Secretarial School, where she excelled in typing and shorthand. She was social and very much enjoyed her young adult years. She was very creative, worked at the Leo Burnett advertising agency, a dancer in a burgeoning modern dance scene, and a local model. Sue married childhood friend David Collins in 1963, they raised two children, living in the Chicago area until 1975, followed by two years in South Bend, Indiana, and relocating to Rochester Hills, Michigan in 1977. Sue provided her children with a rich set of experiences, including fishing, symphonies, theater, sports, museums (even taking her kids and their friends out of school to experience the King Tut display), baseball, and horseback riding. She was a devoted Chicago Bears and Cubs fan. Sue was an excellent knitter. She could whip up a lap blanket during a television episode of Quincy ME or Murder She Wrote. An avid reader, she started with the mid-1950’s publication of the Nancy Drew series, and mysteries remained her favorite genre. She had a lifelong interest in politics and equal rights and was an early ERA supporter and NOW member. Sue was involved in many local, state, and National Elections, including her candidacy for an Indiana House of Representatives seat in 1976. In 1986, Sue permanently relocated to northern Michigan to be near her father’s beloved birthplace, Mackinac Island. She ultimately sought and truly loved the peace and tranquility of a rural lifestyle, and the Lake Michigan shoreline reminded her of Maine. In 1990, Sue married Dennis Berglund and settled in Levering for over 25 years, where they had a menagerie of cats and dogs. They relocated to Traverse City in 2016. Sue is preceded in death by her devoted husband of 30 years, Denny Berglund. Her children’s father and former husband of 18 years, David Collins. Her family in Portland, Maine, including; parents Dorothy (Nee Burgess) and Frederick Emerick, and Connie Austad, her favorite cousin, was like a sister. Sue is survived by her children, Steven Collins (Kimberly), Elizabeth Collins Williams (John). Step Daughters Kelley Cook (Tim) Kim Givens, and (John) Kacey Munns. Sue’s grandchildren were her pride and joy. Nana’s gang included Jack, Declan, Garrett, and Kiely Williams of Traverse City. David Collins of Bloomfield Hills, Richard (Jessica) Cook and Thomas Pigott of Cheboygan. Melissa Cook of Cheboygan, Megan Arnold, Kylee Arnold of Cheboygan. Baily (Hanna) Givens of Cheboygan. Samantha and Sara Munns of Cheboygan. Her Chicago family Lia, Adam and Mark Collins, her Godson. In Portland, Maine, Sue leaves many 2nd and 3rd cousins. Sue also leaves behind Denny’s large extended family in Wild Rose, Wisconsin, who welcomed Sue into the family with open arms. The family would like to thank the many elder support programs in Northern Michigan that helped with the care of Sue and her husband, Denny, who passed just 11 days before Sue. Our heartfelt gratitude to Meals on Wheels of Emmet and Grand Traverse County, Area Agency on Aging of Northwest Michigan, GT County DHS, Northern Health Care Management, Ritters Assisted Living, NPalitive, the compassionate staff of Heartland Hospice, and the attentive, kind, and helpful team of Medilodge GTC, most especially her nurse Brent. In lieu of flowers, memorial contributions can be made to the Little Traverse Bay Humane Society. Per Sue’s wishes, no service will be held. However, the next time you have a drink, raise your glass and toast Sue, she was an incredible lady.

The family of Susan Elizabeth Berglund created this Life Tributes page to make it easy to share your memories.