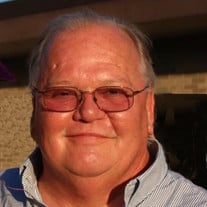 Terry Lynn Richards, 67, of Sturgis and formerly of Kewadin, passed away Friday, December 28, 2018 in Kalamazoo. Terry was born on Wednesday, January 3, 1951 to the late Billy and Donna (Lahr) Richards in Ft Wayne, IN. A master carpenter and gifted craftsman, Terry built many homes in this area, and was especially proud of older homes that he and his crews could "bring back" to their original grandeur. He was especially interested in being a mentor and teacher to high schoolers, instilling in them the love of building and restoration and his work will be seen for many years to come, not only in the homes he built and restored, but also in those students that he shared his knowledge with as they continue the craft they were taught. In recent years, Terry was employed as a mechanic in plant maintenance for a pharmaceutical company. Terry loved the water, especially boating. Along with that he was a great cook and grill master, going above and beyond to prepare meals for his family and friends for any occasion. He was a veteran, having served our country as a member of the Army National Guard, was a member of the American Legion, the NRA and supported the Wounded Warriors organization. A lover of animals, Terry especially appreciated dogs. He was always doing something for others, with no expectation that his good deeds would be returned. His greatest love was for his daughters and grandchildren, who he would tell all of his friends about. He was truly a wonderful soul and will be missed by many. Terry is survived by two daughters: Donna (Duane) Purvis of Bronson and their children; Elizabeth Swift and her friend Collin Madison of Kewadin,, Elayna Swift and her friend Ryan Miller of Ann Arbor, Evan Swift of Bronson, Zachary (Karrie) Purvis and their daughter Natalie of Quincy, Jonathan Purvis of Quincy; and daughter, Heather Richards and her son Derek. Also surviving are his siblings, Darrel (Theresa) Richards of Traverse City, Michele Richards and her husband Peter Brakeman of Kalamazoo and his beloved nieces, Rowan, Sage and Hazel. Terry was preceded in death by his parents and a niece, Amanda Richards. Visitation for Terry will take place Wednesday, Jan. 2, 2019 from 5 until 7 p.m. at the Reynolds-Jonkhoff Funeral Home. The service for Terry will begin at 1:30 p.m. Thursday, Jan. 3, 2019, also at the funeral home with Pastor Chris Lane officiating. Burial will be in Maple Grove Cemetery in Elk Rapids in the spring. For a more lasting memorial, the family suggests that contributions be directed to The Wounded Warriors Project.

Terry Lynn Richards, 67, of Sturgis and formerly of Kewadin, passed away Friday, December 28, 2018 in Kalamazoo. Terry was born on Wednesday, January 3, 1951 to the late Billy and Donna (Lahr) Richards in Ft Wayne, IN. A master carpenter... View Obituary & Service Information

The family of Terry Lynn Richards created this Life Tributes page to make it easy to share your memories.

Terry Lynn Richards, 67, of Sturgis and formerly of Kewadin,...