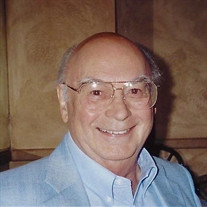 Thomas A. Duke, Sr. of Charlevoix, Michigan passed away on April 27th, 2020 in Traverse City Michigan. Mr. Duke, was previously a longtime resident of Farmington Hills, Michigan, where he launched his custom home and apartment building business. Mr. Duke was born in 1928, in Brighton, Michigan. He grew up on Tuxedo Ave. in Detroit with his older brothers Bruce and George. He attended Redford High School (class of 1947), and Highland Park College. In 1951, he married the former Gail Hawkins, who was the love of his life for 66 years. Builders and property developers have figured in every generation of Dukes since the 1880s, Thomas and his brothers were the third generation in this line. He learned the building and housing business first-hand from his father, George A. Duke, Sr., who built homes in Detroit’s Rosedale Park and greater Detroit. Thomas Duke established his own building firm in 1949. He would leave a significant mark on the Detroit suburbs of Farmington and Farmington Hills during their years of rapid expansion after 1960, a brick-and-mortar legacy made up of apartment buildings, custom homes and commercial structures. Developments included the River Glen Apartments, Brookdale Club Apartments, Forest Brook Hills subdivision and Forest Brook Estates. Mr. Duke, along with his brother, George, also built and managed Farmington Hills' Independence Green Golf and Country Club, the first Apartment community in the nation built around a golf course. Additionally, he served as President of the Builders Association of Michigan in 1969. Banking constituted Mr. Duke’s other business enterprise. He founded the Metropolitan National Bank of Farmington (later Metrobank) in 1963, acting as its chairman. Mr. Duke was also the chairman of the First State Bank of Charlevoix, located in the lakeside northern Michigan town of Charlevoix, where he moved his family in 1971. After he and Gail took up winter residence in North Palm Beach in 1984, Mr. Duke served as a director of the Florida-based Manufacturers Bank and Trust. Starting in 1975, Mr. Duke also served on the board of the American Automobile Association of Michigan for 29 years, and as its chairman in the mid-1980s. Acts of civic engagement included heading the Farmington Exchange Club, a charitable business association, as well as serving five years in the 1960's as a board trustee of Farmington Township (now Farmington Hills). An avid Great Lakes boater, and pilot, Mr. Duke and his wife Gail belonged to various clubs: the Detroit Yacht Club, the Grosse Pointe Yacht Club, the Huron River Hunting and Fishing Club, the Palm Beach Yacht Club, the Great Lakes Cruising Club, the Charlevoix Yacht Club and the Old Port Cove Yacht Club. He was never happier than when anchored out in a nook or cranny in the North Channel of Lake Ontario. He spent 50 consecutive summers visiting the area, starting as a boy with his own father, then bringing his own family and hosting many friends as well. For years he commuted from Charlevoix to his Farmington business by means of a Bell Jet Ranger helicopter. He was the first person to own a privately-operated helicopter in the state of Michigan. Indeed, an entire generation of neighboring children will never forget the Charlevoix beach parties where Mr. Duke took one and all for dizzying spins high above the lake. He also visited several Charlevoix events and gave free rides to many people, just for fun. Tom was a successful businessman, but his family’s happiness and security always occupied the top of his list. His steadfast love and support for family serve as a moral beacon for his children and grandchildren-he was uniquely present for his family. Mr. Duke is survived by his three grown children – Nancy Duke, Thomas Duke (Marilyn Duke), and Susan Malone (Kevin Malone). His five grandchildren are Mason Duke (Maeve), Trevor Duke, Adam Duke, Abigail Malone and Madison Malone. There are no plans for a public service. By his request, Mr. Duke's ashes will lay in Charlevoix's natural harbor, mixed with Gail's, in front of his cherished home and boat house. His constant and unconditional love for his family, wonderful sense of humor and ability to tell a great story will be missed. The family asks that in lieu of flowers, those wishing to pay respects make contributions in Mr. Duke's name to the charity of your choice. Editor’s Note: Tom’s sense of humor shines through from the photos above. He was warm and welcoming, but always joked that his obituary ought to include the photo of him in his grumpy attitude. Bah humbug!

The family of Thomas A. Duke Sr. created this Life Tributes page to make it easy to share your memories.

Thomas A. Duke, Sr. of Charlevoix, Michigan passed away on April...