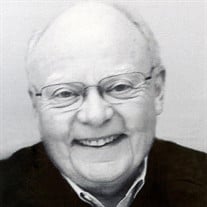 Thomas P. Dunfee, age 80, died peacefully at Munson Hospice House, Traverse City, MI on July 20, 2020 with family surrounding him during his last days. Tom is survived by his wife of 57 years, Gretchen (Dose) Dunfee; daughters, Jennifer (Dave) Reynolds of South Jordan, UT, Julie (Jeff) Moore of Lake Forest, IL, and Alison (Mike Hall) Dunfee of Portland, OR; grandchildren, Zoie, Ben and Jack; brother, Michael Dunfee of Scottsdale, AZ, sister, Michelle Dunfee of Lakewood, CO, and sister-in-law, Stephany Dunfee of Lynwood, WA. He was preceded in death by his parents, Jack and Rosella Dunfee, brother, Jack C. Dunfee, Jr., and brother-in-law, Robin Dunham. Tom was born on January 15, 1940 in South Bend, IN. He graduated from Riley High School in South Bend and received his undergraduate degree in 1961 from Indiana University. In 1965 he received his Doctorate of Medicine followed by a year of a medicine internship at Indiana University School of Medicine. In 1966 Tom joined the U.S. Air Force as a Captain in the Medical Corp at Westover Air Force Base, MA. Upon returning to I.U. School of Medicine Tom completed three years as an Internal Medicine Resident including his third year as Chief Resident. He concluded his medical education as a Fellow of Nephrology. In 1972 Tom and Gretchen returned to their hometown, South Bend, IN to raise their family and for Tom to start his medical practice. During that year he and his good friend, Dr. Gary Mitchell, opened their practice, Nephrology, Inc. at St. Joseph Medical Center, South Bend, they established and were co-directors of the first kidney dialysis unit in Northern Indiana. They developed and became Directors of the Family Practice Residency. In addition to his practicing nephrology, Dr. Dunfee, helped develop the curriculum and taught second year medical students at the South Bend Center of Medical Education. In 1992 Dr. Dunfee joined the Dept. of Nephrology and Hypertension, Henry Ford Hospital, Detroit, MI where he was Director of Inpatient Dialysis and continued his love of teaching medical residents as Director of the Nephrology Fellowship Program. During his time at Henry Ford Hospital, he took sabbaticals to be a visiting Professor of Medicine at Moi Medical Center, Eldoret, Kenya where he taught medical students and cared for Kenyan patients. In 2000 Tom retired with Gretchen to their beloved home on Little Traverse Lake in Leelanau County, MI. In his retirement years Tom volunteered at the Leelanau Conversancy Board of Directors. When Tom was President of the Board, he led the fundraising to purchase and establish the Conservancy’s Swanson Preserve on Little Traverse Lake. He also volunteered to care for patients at the Traverse Health Clinic in Traverse City. Tom loved and cherished his family and friends, cared deeply for his patients, valued his time teaching young physicians the art of medicine, was a steward of Little Traverse Lake and the land of Leelanau County. He was a “Hoosier” at heart and a strong supporter of Indiana University. The family would like to express their gratitude to Cherry Hill Haven and Munson Hospice House for their tender care of Tom and to convey thankfulness for their friends who supported them with many acts of kindness during Tom’s illness. A celebration of Tom’s life will be held at a later date. Memorial contributions may be directed to Leelanau Conservancy, 105 N. First Street, P.O. Box 1007, Leland, MI 49654 or Indiana University School of Medicine, AMPATH Global Health Fund payable to “IU Foundation” and mail to IU Foundation, P.O. Box 7072, Indianapolis, IN 46207. Please indicate in memory of Thomas P. Dunfee.

The family of Thomas P. Dunfee created this Life Tributes page to make it easy to share your memories.