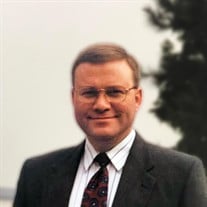 Thomas Lee Emerson, 58, of Williamsburg, was called home to rest in heavenly peace on May 10, 2018. It happened so fast - it was as if he was responding to a 911 call from Heaven that his help was needed, and away he went. He was born July... View Obituary & Service Information

The family of Thomas Emerson created this Life Tributes page to make it easy to share your memories.

Thomas Lee Emerson, 58, of Williamsburg, was called home to rest...