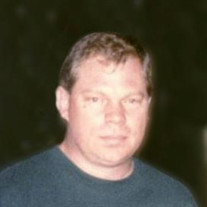 Thomas Kevin "Tom" Hall, 66, of Interlochen, passed away Thursday, May 16, 2019 at his home in the care of his loving family, following a valiant battle with cancer. Tom was born on Wednesday, August 6, 1952 to the late Harry Amos and Mary Louise (Jackson) Hall in Traverse City. He attended Traverse City schools and graduated from Traverse City Central High School in 1970. On Saturday, September 14, 1974, he married Jan Hallen in a ceremony at Grace Episcopal Church in Traverse City. A talented musician, Tom could play piano, harp and bass, never having taken a lesson - he was naturally gifted. He enjoyed playing in a band in his younger years and enjoyed listening to music, such as The Beach Boys, Clapton and SRC among many others. Tom began working at an early age, helping his dad in the Hall Greenhouse. He also worked in the dietary department at Munson during high school. Tom participated in Golden Gloves Boxing at one time as well. On a dare from friends, he visited Great Northern Casket Company, run by the Gauthier's here in Traverse City. In 1975, he began Interlochen Casket Company, being involved there until his death. Tom was also known as a mason, working on many masonry jobs around this area. Tom is remembered by his family as a very hard worker, for taking his younger siblings under his wing after their Mom passed away, as the family historian and for being the glue that held their family together. Tom is survived by his wife Jan; his sons, Jack of Traverse City, Mathew (Cady) of Suttons Bay and Harry (Brandey) of Interlochen; 10 grandchildren; his siblings, Carol (William) Pohlman, Jon (Jessie) Hall, all of Traverse City, John (Marsha) Hall of Rapid City, Madelon (Rick) Molfino and Charles (Sandy) Hall, all of Traverse City, Joel (Kathy) Hall of Manton, Mark (Debra) Hall of Interlochen, Bruce (Laura) Hall of Cadillac, Alaina (Greg) Leach of Traverse City, Scott Hall of Yulee, Florida and many nieces and nephews. Tom was preceded in death by his parents. Visitation will take place Friday, May 24, 2019 from 2 until 5 p.m. at The Reynolds-Jonkhoff Funeral Home. For a more lasting memorial, the family would suggest that Tom be remembered through a memorial gift to the Cowell Family Cancer Center c/o The Munson Healthcare Regional Foundation, 1150 Medical Campus Dr., Traverse City, MI 49684.

Thomas Kevin "Tom" Hall, 66, of Interlochen, passed away Thursday, May 16, 2019 at his home in the care of his loving family, following a valiant battle with cancer. Tom was born on Wednesday, August 6, 1952 to the late Harry Amos and... View Obituary & Service Information

The family of Thomas Kevin Hall created this Life Tributes page to make it easy to share your memories.