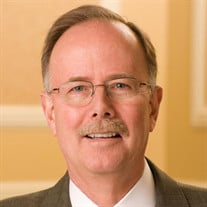 Timothy Peter Foley, 70, passed away on March 4, 2020 in Traverse City, Michigan surrounded by the unconditional love of his family. Tim was born on June 27, 1949 in New York City, New York. He is predeceased by his father, Robert Foley and mother, Carole Foley. He is survived by his younger siblings, sister Carolyn Foley and brother Michael Foley. As the son of a Ford Motor Company executive, Tim spent most of his childhood overseas. His early years were spent in Puerto Rico and Cuba, followed by a move to Belgium in 1960 and Norway in 1962. In 1963 he left for boarding school at Mayfield College in Sussex, England. He then spent one year of high school at the Notre Dame School in Rome, followed by a return to the US to graduate from Andover HS in 1968 in Bloomfield Hills, Michigan, where he met his lifelong friend Gary Laskowsky. All through his school years, Tim was a talented athlete and set several school records in the high jump and hurdles. Tim graduated from Northern Michigan University in 1972. Following college, Tim graduated from the training school at Naval Air Station Pensacola and served in the United States Navy as a flight officer. He earned his master’s degree at Michigan State University in 1976. Tim married Debbie Schaberg in 1985 in Okemos, Michigan. They built their lives in Bloomfield Hills, Michigan, where they spent the first 15 years of their marriage before moving to Scottsdale, Arizona in 1999, and then Pasadena, California in 2008. Tim retired in 2017 moving to Traverse City, Michigan with “Management” (Debbie) and his favorite child - Maddy - his Bernese Mountain Dog. All jokes aside, Tim was very proud of his children, their spouses and the lives they are building. He truly cherished their friendship as adults. His two grandson’s infectious smile gave “Pa Pa” all the love he could ever need. He loved to travel and spend time outdoors, especially anywhere on the water. Tim and Debbie traveled the world together and especially loved visiting Tahiti for their 20th anniversary. They shared their love of travel with their children, going on ski trips to Colorado, the beaches of Hawaii, and discovering their heritage in Ireland and England. In recent years he rekindled his love for sailing, and spent countless hours sailing his refurbished sailboat out on East Bay with his family in tow. Tim is survived by his wife Debbie, who he loved dearly; three children: son, Brandon (Alli), daughter, Frances Stapleton (Robby), son, Patrick (Elizabeth); two grandsons; and his former wife and close friend Judy Foley. The funeral will be held at A.J. Desmond & Sons Funeral Directors (2600 Crooks Road Troy, MI 48084) on March 14, 2020 at 11:00am and the visitation beginning at 10:00am. The family kindly asks that in honor of Tim, and in lieu of flowers, to donate to the Wounded Warrior Project or to TART Trails.

Timothy Peter Foley, 70, passed away on March 4, 2020 in Traverse City, Michigan surrounded by the unconditional love of his family. Tim was born on June 27, 1949 in New York City, New York. He is predeceased by his father, Robert Foley and... View Obituary & Service Information

The family of Timothy Peter Foley created this Life Tributes page to make it easy to share your memories.