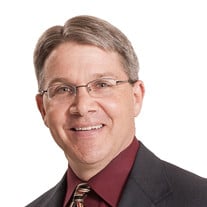 Todd Alan Endresen, 48, of Traverse City passed away Sunday, December 13, 2015. Todd was born on Monday, October 30, 1967, in Long Branch, NJ, and adopted shortly afterwards by Dana (Hamerslag) and Theodore A. Endresen. Following his graduation from Matawan High School, Todd continued his education at Michigan State University where he earned his bachelor’s degree. He was an avid MSU sports fan. Todd was a financial advisor, currently working with Wells Fargo Advisors. He was very involved in the Traverse City community, coaching soccer at TBAYS for 10 years with his children’s soccer teams, a member and former president of the Child and Family Services Board, an active member of the Kiwanis Club of Traverse City, and a long-time volunteer with the Cherry Festival. Todd enjoyed exercising every morning, skiing, boating, fishing, photography, and traveling, and he was the grill master at cook-outs. He was a person who took care of everything and everybody. Everyone that met Todd loved him. Most importantly, he loved his family and was so proud of his children and their accomplishments. Todd is survived by his wife Amy C. (Heppe), whom he married on June 29, 1991, in Kalamazoo; his children, Theodore Alexander Endresen and Anna Christine Endresen; his mother Dana Endresen of Toms River, NJ; his twin sister, Randi Endresen of Tinton Falls, NJ, and another sister, Nancy Endresen, also of New Jersey; his biological parents, Diana Norton of Tucson, AZ, and John A. Crocitto of Orlando, FL; several aunts and uncles, including a special aunt, Pat Borick of Hernando, FL; his father-in-law, Mel Heppe of Traverse City; his sister-in-law and brother-in-law, Melissa and Will Berris of Stafford, FL, along with several nieces and nephews. He was preceded in death by his father, Theodore Endresen, and his mother-in-law, Christine Heppe. Visitation for Todd will take place today, Thursday, Dec. 17, from 3 until 7 p.m. at The Reynolds-Jonkhoff Funeral Home, 305 Sixth St., Traverse City, MI 49684 The service celebrating Todd's life will begin at 11 a.m. Friday, Dec. 18 at The Presbyterian Church, 701 Westminster Rd., Traverse City, MI 49686. The Rev. Dr. William C. Myers will officiate. Memorial contributions may be directed to Child and Family Services, 3785 Veterans Drive, Traverse City, MI, 49684.

The family of Todd Alan Endresen created this Life Tributes page to make it easy to share your memories.