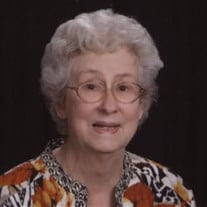 Velma “Jean” Brzezinski was born in Detroit on March 9, 1927, daughter of Ernest and Gladys (Fleming) Tuttle, as a twin to her brother Gerald. Her parents were Canadian citizens, working in Detroit at that time. Layoffs during Depression caused the family to return to Canada and live on her paternal grandparent’s farm in Ontario. When WWII started, their father enlisted in the Canadian Army. The family moved to Winnipeg, Manitoba to be near the army camp. Gerald did not finish high school, and enlisted in the Canadian Navy. There was a big demand for nurses due to the War, so after Jean completed high school she decided to become a nurse. Because she had dual citizenship, Jean was able to enlist in the Cadet Nurse Program in the United States. She studied at Harper Hospital in Detroit. As part of her training requirement of psychological study, she was sent to the Traverse City State Hospital. She met her future husband, Paul, at this time in Traverse City. He was home on summer vacation from Wayne State University. They were married the following year, August 13, 1949 at Holy Rosary Church on the same day that Paul’s parents were celebrating their 50th wedding anniversary. A Registered Nurse, Jean worked for Harper Hospital, Herman Kiefer Hospital, as a public health nurse, at Wayne County General Hospital and retired from St. Mary’s Hospital in Livonia. This was all done while raising a family of ten children. Jean loved to garden, feed the birds and the squirrels, and spend time reading and travelling. She was preceded in death by her parents, her two sons, Stephen and Paul, her brother Gerald and her husband Paul. Jean is survived by her children David (Linda), Mark (Joelene), Christine, Mathew, (daughter-in-law Terri), Martin, Philip, John and Carol; Grandchildren Peter and Erik, Theresa (Russell) and Alex, Sarah and Emma; and great grandson Oliver. A visitation will be held on Thursday, February 18, 2016 from 2 p.m. to 4 p.m and 6 p.m. to 8 p.m. at the Reynolds-Jonkhoff Funeral Home. A funeral mass will be held on Friday, February 19, 2016 at 2 p.m. at St. Francis Catholic Church, with visitation beginning at 1 p.m. The Father Ken Stachnik will officiate. In lieu of flowers, memorial donations in Jean’s name can be made to The Arc, 1325 S Washington Avenue, Lansing, MI 48910-1652 or to St. Francis Catholic Church, 1025 S Union Street, Traverse City, MI 49684.

Velma &#8220;Jean&#8221; Brzezinski was born in Detroit on March 9, 1927, daughter of Ernest and Gladys (Fleming) Tuttle, as a twin to her brother Gerald. Her parents were Canadian citizens, working in Detroit at that time. Layoffs during... View Obituary & Service Information

The family of Velma "Jean" Brzezinski created this Life Tributes page to make it easy to share your memories.