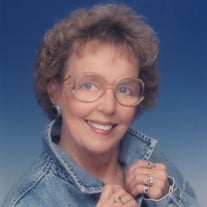 Verna Lorene VanderWall, 88, passed away on May 2nd, 2015 after a short illness. Verna was born on March 20th, 1927 in Beaver Dam, Kentucky to the late Urey and Amanda (Wade) Rowe. Verna was born in Beaver Dam, Kentucky and grew up in Hatfield, Arkansas. After she graduated from high school the family moved back to Beaver Dam. Following high school she attended Beauty College in Louisville, KY. Following college she married Michael Hurchick Jr. Due to his army career Verna was able to travel and live in several states as well as parts of Europe after the war. They settled in Traverse City in 1958. Verna joined the work force for the first time after moving to TC. She managed the A&W when it was located on Front Street for several years. She managed Sherwin’s on East Front behind Bardon’s. She opened The Little Shop in the Park Place and ran that for several years. She also worked for the Park Place in several capacities. In 1972 Verna married Dr. Edwin VanderWall, DVM and they made their home and veterinary practice in Kingsley. Following retirement they spent many winters in Fort Myers, Florida and Gulf Shores/Orange Beach, Alabama. Verna was a former member of the Elks Club Daisy Chain. Her hobbies included bowling, golf, cards, dancing, baking, sewing and crocheting, gardening, and making “her famous” peanut brittle for family and friends. She enjoyed many summers at her and Ed’s cabin on the Upper Manistee River with her children and grandkids. One of her special enjoyments was time spent with all her grandchildren. Verna is survived by her four children; Michael (Rita) Hurchick of Charlevoix, Donald (Eva) Hurchick of Talheim, Germany, Amy (Frank) Nachazel of Traverse City, and John Hurchick of Kingsley. Also surviving are eight grandchildren, and thirteen great-grandchildren, as well as two brothers; James (Mary Anne) Rowe Louisville, KY, and Wade (June) Rowe of Beaver Dam, KY She was preceded in death by her husband, Dr. Edwin VanderWall, sisters; Lois Rowe, Mary Rowe, Doris (Ivan) Martin, Bonnie (Earl) Paton, Hazel (Frank) Stevens and her brothers; Archie Rowe, and Roy (Geraldine) Rowe also her loving partner Tony Heinzen. Verna’s family would like to extend a heartfelt thank you to the staff of Bay Ridge Assisted Living Center for their loving care of Verna. In accordance with Verna’s wishes cremation has taken place. A private family service will be held at a later date. Those planning an expression of sympathy may wish to consider a memorial donation to Challenge Mountain of Walloon Hills, P.O. Box 764, Boyne City, MI 49712 or a charity of your choice. Please feel free to share your thoughts and memories with Verna’s family at www.reynolds-jonkhoff.com. The family is being cared for by the Reynolds-Jonkhoff Funeral Home and Cremation Services.

The family of Verna L. VanderWall created this Life Tributes page to make it easy to share your memories.