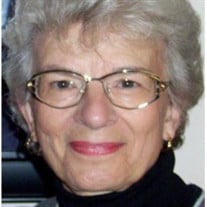 Virginia “Ginny” Louise (Leach) Prather, born on March 15, 1936, graciously accepted her wings on Friday, April 17, 2020. Most recently a resident of Elk Rapids and Traverse City, Michigan, Ginny was raised on a farm in Edwardsburg, Michigan, by the late Russell and Alberta (Tyler) Leach. She cherished the memories of her happy childhood and life on the farm. On August 14, 1955, she married the love of her life, Tom Prather, who preceded her in death on February 9, 2020. Throughout her life she was employed as an executive secretary and bookkeeper in many capacities. She was proud to have begun her career in the employ of Edward Lowe, the man who invented Kitty Litter, in Cass County, Michigan. Ginny and Tom moved from Dowagiac, Michigan to Springfield, Missouri and from there to Caldwell, Idaho, and Hood River, Oregon, where they were active in the community and made lasting friendships. Ginny was a member of the United Church of Christ in Hood River and a member of the Soroptimist International of Hood River. After moving to Elk Rapids 21 years ago, they made a new set of loving friends. Ginny was a member of the Community Choir in Elk Rapids for many years. Ginny had a zest for life. She enjoyed baking, speed crocheting, and she was a champion baton twirler. She could do cartwheels in the lawn with her grandchildren and great-grandchildren well into her seventies. Above all, spending time with family was her greatest joy. Virginia is survived by her two loving daughters; Ginny (David) MacDonald and Gwen Prather; five grandchildren Allie (Blake) Becker, Spree (Tsibishi) MacDonald, Alden (Joshua) Griffus, Morgain MacDonald, and Eston Prather; and eight great-grandchildren, Nthabeleng, Bohlale, Pheladi, Otho, Leslie, Harlow, Josie and Amelia. She is also survived by her dear sister, Katie (Pat) Coakley, and brother, David Leach. Her older brother, Harold Leach, passed in 2006. “Aunt Ginny” is also survived by many well-loved nieces and nephews. A memorial service honoring both Virginia and Thomas will take place at 11:00 a.m., with visitation starting at 10:00 a.m., on Saturday, April 17, 2021 at the Reynolds-Jonkhoff Funeral Home, 305 Sixth St., Traverse City, Michigan 49684. A public virtual webcasting of the service can be viewed at www.rjfh.tv. In lieu of flowers, those planning an expression of sympathy may wish to consider a memorial donation to the Alzheimer’s Association, https://alz.org. Please feel free to share your thoughts and memories with Ginny’s family at her tribute page at www.reynolds-jonkhoff.com. The family is being cared for by the Reynolds-Jonkhoff Funeral Home and Cremation Services.

The family of Virginia Louise Prather created this Life Tributes page to make it easy to share your memories.