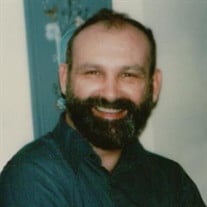 Traverse City – William “Bill” Brady, 82, of Traverse City, entered into eternal life on November 26, 2021 after receiving the Sacrament of the Sick and Apostolic Pardon on Thanksgiving Day. He passed away in the presence of his wife, Karen and son Dan, with the rest of the family keeping vigil remotely through a video link where they sang and prayed him into the loving arms of Jesus. Bill was born on February 3, 1939, in Toledo, OH to the late Alfred E. and Nellie Agnes (Heilner) Brady. Bill graduated from Toledo Catholic Central in 1957. He then went on to earn his Bachelor’s degree from the University of Toledo in 1961. While in school he was a member of ROTC and then served in the Army. On January 5, 1963, Bill married the love of his life, Karen Ann Lattanzi and they settled in San Antonio, Fort Sam Houston. Bill served as an instructor for the Medical Field Service School. He was discharged from the Army in October 1963 and relocated back to Ohio. Bill started his career working for Professional Management in Maumee and then Lima, Ohio as a Physician and Dental Practice Manager. In 1968 he fulfilled his childhood dream of raising his family in Traverse City, on Lake Leelanau, near where his family summered every year. At their home of 52 years they were blessed with an abundance of great neighbors that became lifelong friends; Buell's, Taft's, Gregory's, Wintzinger's, Richard's and Knitz's among many others. Bill worked in social work for Kalkaska County Department of Social Services and the Regional Department of Social Services in Traverse City. He then became the Director for the Northwestern Michigan Child Guidance Clinic in Traverse City where among many other programs he was instrumental in the establishment of the Father Flanagan Boystown Teaching Family Homes in Northern lower Michigan. Upon retirement in 1993 he went to work for the Leland Public school system as a bus driver for another 13 years. Bill and Karen have been members of Immaculate Conception Catholic Church since 1969. Bill cherished his Catholic faith raising his 5 children who attended Grand Traverse Area Catholic Schools. He operated a seasonal beekeeping business that provided gallons of honey for the Omelette Shoppe's for many years to help pay for school tuition. He had a special devotion to the Blessed Mother and St. Joseph. He was a great masculine role model living out his faith, praying daily with his wife and children and committing to a weekly hour of early morning Adoration at St. Francis Adoration Chapel. He enjoyed Catholic programming. He was a great fan of G.K. Chesterton and completed many of Bishop Barron's courses online. He was responsible for hosting Father/Son and Father/Daughter weekends as well as attending mens conferences with his sons and son-in-laws. He was a great father who loved his wife of 58 years and children immensely. He said, "The best thing a father can do for his children is to love their mother". His family loved and truly appreciated his uncanny ability to arrive home from work each day leaving the trials and pressures of his job behind and calling out from the bottom of the stairs "Honey Bunches, I'm home, where are all of my angel faces?" In retirement upon hearing someone coming up the stairs he would call out "Which one of my sweetie pies is that I hear?" Bill looked forward to getting away each summer to Drummond Island where he enjoyed having friends and family visit. He loved pontoon boat rides, taking naps, playing cribbage and euchre. His many talents included woodwork carving, bird house building and restoring religious statues. He also made many gifts for his family including carved Santa statues, wooden bird ornaments, bird houses and sketching portraits for all of his grandchildren. When asked if he was going south for the winter he would smile and say "Yes, to Traverse City." Bill will be remembered for his kind heart, patience, sense of humor, charismatic spirit and paternal embrace he offered to so many. Bill was preceded in death by his grandson Joseph William Brady; siblings John Brady, Joseph Brady, former sister-in-laws Joan Brady and Jeanne Brady respectively and former brother-in-law Richard Campbell. Bill is survived by his beloved wife Karen; their children Erin Rose (Shawn) Luca, Scott Andrew (Fiancé Jen) Brady, Shawne Marie (Clark) Cole, Dan (Lisa) Brady and Ryan Lee (Autumn) Brady and former daughter-in-law Kris Brady; grandchildren Connor (Diana) Brady, Andrew Brady, Grace Cole, Corinne Cole, Madelynn Brady, Clark Cole, Nicholas Brady, William Cole and great grandson Alvaro Emparan; sister Pat Campbell; brother Alfred “Al” (Sandy) Brady; former sister-in-law Barb Brady; brother and sister-in-law Kevin and Virginia(Lattanzi) Berichon. And he was a beloved Uncle to 23 nieces and nephews and Great Uncle to many beloved "Angel Faces". Visitation for family and friends will be held on Friday, December 3, 2021 from 6 to 8 pm at the Reynolds Jonkhoff Funeral Home. The Rosary will be prayed at 6 pm. Live Streamed at www.RJFH.tv Mass of Christian Burial will be held on Saturday, December 4, 2021 at 11 am, with visitation beginning one hour prior at Immaculate Conception Catholic Church. A memorial luncheon will follow in Centennial Hall. Live Streamed at ImmaculateTC.org/mass-videos/ Burial will take place on Tuesday, December 7, 2021 at 1 pm at St. Michael’s Cemetery in Suttons Bay where he will receive full military honors. Memorial contributions in his honor may be directed to Grand Traverse Area Right to Life, Thrive Medical Clinic (formerly Pregnancy Care Center) or for Mass Intentions.

Traverse City &#8211; William &#8220;Bill&#8221; Brady, 82, of Traverse City, entered into eternal life on November 26, 2021 after receiving the Sacrament of the Sick and Apostolic Pardon on Thanksgiving Day. He passed away in the presence of... View Obituary & Service Information

The family of William "Bill" Brady created this Life Tributes page to make it easy to share your memories.